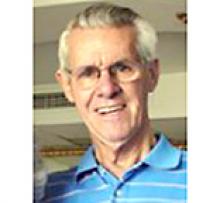 Steve passed away very peacefully at the Grace Hospital on April 6, 2021.
He was predeceased by his wife Greta, his sister, and his parents.
Steve was born and raised in England. He was a brilliant man. While he was stationed in Egypt, he was involved in developing the first Radar system. He also studied time and motion, along with celestial navigation.
He eventually left England with a buddy to go to the USA to pursue chiropractic studies. Upon completion, he moved to Winnipeg and met the love of his life, Greta.
Steve and Greta were married in 1959 for 56 happy and adventurous years. They enjoyed snow-birding with their motorhome each winter, boating every weekend in the summer at Lake of the Woods in Kenora, and scuba diving all over the world. In fact, he became a scuba instructor and was a longtime member of the Canadian Power Squadron.
Steve and Greta were longtime residents of Paradise Village near Ste. Anne, MB for over 20 years.
He was always a gentleman with few demands but he had a LOVE of life.
Steve was a great story teller, a reciter of poetry (long poems); and always jokes to share with a few refreshments in hand; never just one drink: he'd say "can't fly on one wing!".
He was truly an outstanding, interesting man; "One of a Kind", who will be deeply missed by so many friends from all walks of life throughout the world.

Many thanks to the compassionate and caring staff at the Grace Hospital, Hannah of Right at Home, and to all the neighbourhood friends who helped care for Steve during the last weeks of his life and the past several years.
A Celebration of Life will be held at a later date following health guideline gathering restrictions.
Wojcik's Funeral Chapel, 2157 Portage Ave., Winnipeg, MB, in care of arrangements.