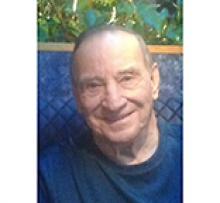 With heavy hearts, the family of Emil Jerry Schnedar announce his passing at home, with family by his side, on April 12, 2021. He valiantly fought a battle against a brain tumour following a cardiac arrest in January, 2021. He was 83 years of age.
Emil will be lovingly remembered by Marilyn, his wife of 60 years; his children: Jeri Lynne (Tim) Rak of Cut Knife, SK; Wendell Schnedar of Saskatoon, SK; Jennifer (Blair) Carruthers of Saskatoon District, SK, and Warren (Karen) Schnedar of Okotoks, AB; grandchildren: Breanna, Jerred and Keri Rak; Cody (Jordyn) Schnedar; Kaylee Musselman; Brandon, Rebecca, Jessica, Blaise and Amanda Carruthers; Lindsay (Tyson) Attrell, Jonathan and Ashlee Schnedar; great-grandchildren: Leddi and Axel Schnedar; Cayde and Clara Musselman; Rylee Attrell; sisters: Myrtle Robinson and Marjorie Mackie; sisters-in-law: Sylvia Sigurdson, Inga (Ralph) Stucky, Aylene Sigurdson, Rosanne (John) Borgjford, Laurel (Randy) Rodgers; as well as numerous nieces, nephews and cousins.
To share memories and condolences, and to view this obituary, visit www.hillcrestmemorial.ca "Obituaries-Guestbook" or condolences may be forwarded to Marilyn Schnedar, #334 - 432 Pendygrasse Rd, Saskatoon, SK S7M 4Z2.
In lieu of flowers, friends so wishing to make a donation in memory of Emil, may do so to a charity of their choice.

God saw him getting tired,
and a cure was not to be.
He wrapped him in His loving arms
and whispered 'Come with me.'
He suffered much in silence,
his spirit did not bend.
He faced his pain with courage,
until the very end.
He tried so hard to stay with us
but his fight was not in vain,
God took him to His loving home
and freed him from the pain.