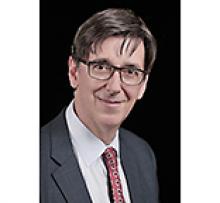 On April 14, 2021, David Enns passed away in Ottawa, ON, surrounded by family, following a hard fought battle of kidney, liver and heart disease.
David was born on August 25, 1958 in Winnipeg, MB to David Stanley (Stan) Enns and Evelyn M. (Dyck) Enns. On May 5, 1979, he married Irene Esther Klassen, also of Winnipeg, and together they raised two children, Graeme and Frances.
Predeceased by his father in 2003, David leaves to mourn his wife and children, in addition to his mother, parents-in-law, John and Mary Klassen, as well as sisters, Sherill (Randall), Joanne (Richard), sister- and brother-in-law Viola (Peter) and Eric (Anne) and their families. David also will be missed by numerous friends and work colleagues.
Everyone who knew David also will remember his love of life evidenced by his laugh and his will to live until the very end, his wit, and the contribution he made to enriching other's lives, as well as his love of food, cooking and a fine wine.
The family wishes to thank all the doctors and nurses for his care.
Donations in memory of David may be made to the University of Ottawa Heart Institute.