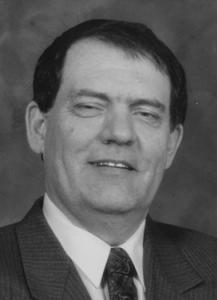 McGORMAN: Owen, age 72 years, passed away on Friday, April 16, 2021 at the Brandon Regional Health Centre with his beloved wife Lorna at his side. Owen will be sadly missed by his wife Lorna; son Sheldon (Jennifer) and grandchildren Cole (Kristina), Tia, Javyn, Kymber-Lee, Xavier and Nora; daughter Lowana (Thad) Arnold and grandchildren Thaydan and Emma; and numerous family and friends. Owen was born March 25, 1949 in Kelwood, MB to parents Clayton and Ivadel McGorman. He attended school in Kelwood and was very competitive in hockey and baseball, along with thriving in Spelling Bees. Owen loved working on the family farm and was a huge help to his parents. After graduation, Owen moved to Edmonton where he attended Northwest Bible College and obtained a bachelor's degree in Theology. He then went to Vancouver and worked with Teen Challenge for a couple of years. Owen returned to Manitoba and continued his education by attending the University of Manitoba, where he obtained a bachelor's degree in Sociology and Psychology. It was during his university days that Owen reached out to Lorna and they began dating, which often brought him home on weekends to see Lorna and his parents. Owen and Lorna were married in 1975 and moved to Brandon, MB where he began his career with The Addictions Foundation of Manitoba as a Counselor. Although Owen loved helping counsel others, he was forced to change careers due to illness and began working at CP Rail. Owen and Lorna started their family in 1977 with the birth of Sheldon, and three short years later Lowana arrived. Life was busy raising active kids who participated in many sports. Most importantly, Owen and Lorna encouraged their children's love of The Lord, which resulted in both kids attending Trinity Bible College in Ellendale, ND. In 1988, Lorna and Owen started working together as the custodians of the Bethel Christian Assembly in Brandon until their retirement in 2004. Following retirement, Owen spent his time reading, studying God's word, enjoying competitive games of scrabble with Lorna, and watching sports. He also enjoyed spending time in Watford City, ND with his much-loved children and grandchildren. Trips to Watford City were often planned around the sporting events of his grandchildren, as nothing made Owen happier than watching them compete in their activities of choice. With every trip, he enjoyed visiting and playing all kinds of games with his children and grandchildren. Owen had a keen sense of humour and enjoyed practical joking with those around him. Everyone who knew Owen enjoyed a good laugh with him at one time or another. Owen spent many years dealing with health issues, but always tried his best to keep smiling and make those around him happy. Due to the current Covid-19 restrictions, a funeral service will be held in Watford City, ND at a later date, to allow Owen's immediate family to celebrate his life together. Details will be shared once available. Donations in memory of Owen may be made to the Brandon Women's Centre, Adult and Teen Challenge, Site 325, Box 24, RR 3, Brandon, MB R7A 5Y3, www.teenchallenge.tc.