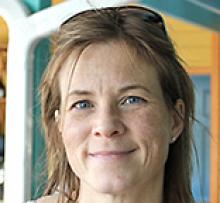 It is with the heaviest of hearts that we announce the passing of our beloved Sandra Claire Rozecki (nee McInnes) on April 14, 2021. Sandy was at home when she moved on, surrounded by immediate family at her side. She remained dignified, brave, and beautiful to the final moment.
Sandy is survived by her husband of 20 years Lance; their children, Kailyn, 14 and Bryce, 13 years; father Dr. Donald C. McInnes, and four sisters, Mary McInnes (Rob) of Winnipeg, Donnie Straker (Peter, Jacob, and Malcolm) of Toronto, Margie McConnell (Jeff, Beth, and Alex) of Virden, Christine McInnes (Steve, Elliot, Morgan, and Harriet) of Winnipeg; mother-in-law Anne Rozecki, brother-in-law Boyd Rozecki (Sherry, Lane, and Brandon) of Riverton, sister-in-law Crystal Kennedy (Pat, Drew, and Blair) of Winnipeg, and the extended McInnes clan, countless friends and colleagues
She is predeceased by her mother Julia Ann Morgan McInnes, brother Gordon McInnes, and father-in-law John Rozecki.
Sandy was born in Winnipeg, attending Balmoral Hall until grade nine, then completed high school at St. Michael's University School in Victoria, British Columbia. She graduated from the University of Waterloo with an undergraduate baccalaureate, and later the University of Manitoba with a Master of Business Administration. Her successful career included tenures at Monsanto, National Leasing and most recently, Red River Community College.
After post-graduate studies Sandy moved to Brandon, Manitoba where she met the love of her life Lance Rozecki. They married in 2001, moved to Oak Bluff, then onto Edson. Sandy and Lance loved to laugh and travel together. In just the first couple years of their relationship they travelled to the fastest car race in the world (Indianapolis 500) and then to the slowest race in the world (Turtle Derby). Sandy loved that irony. They were able to travel with Kailyn and Bryce and were looking forward to many more adventures together.
Sandy was diagnosed at a young age with a rare liver disease and shortly after moving to Alberta was put to the top of the transplant list. Eleven months after her transplant, to the amazement of her medical team, Kailyn was born in Edmonton. The Rozecki clan returned to Oak Bluff to be near family and friends, and for weekly jaunts to the Lake of the Woods. Bryce joined the family shortly thereafter, making the family complete.
Sandy was a loving and devoted wife, mother, daughter, sister, aunt, cousin, in-law, friend and colleague. She enjoyed summers at the Lake, was always keen to learn new things, and was fiercely dedicated to maintaining her physical health (much to the delight of her two dogs who will miss her dearly). Anyone lucky enough to meet Sandy discovered her strong commitment to family, her wonderful sense of humour and heard her perspectives on life. She was tenacious, had excellent oration skills and often won debates with wit, fortitude and a strong sense of resolve. She deeply loved her family and friends, always willing and available to help anyone in need. She was an inspiration to everyone who knew her. She faced her battle with grace, humour, dignity and bravery. We miss her greatly.


Thank you for teaching us what it means
to be SANDY STRONG.

"If there ever comes a day when we
can't be together, keep me in your heart,
I'll stay there forever." - A.A. Milne

Donations in honour of Sandy can be made to the Canadian Liver Foundation or CancerCare Manitoba.
A Celebration of Life will be planned at a later date.