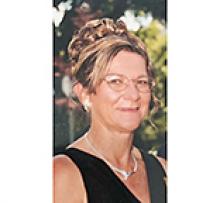 It is with deep sadness that our family announces the sudden passing of Pat Ziolkoski on April 13, 2021.
To mourn her passing, Pat leaves behind her husband Tom Ziolkoski; her three boys, Adam (Stacy), Daniel (Colette) and Murray (Kelly); and her 11 grandchildren. She is also survived by her mother Mary Ternovetsky; her brother Murray Ternovetsky (Pat); as well as many nieces, nephews, cousins and friends. Pat was predeceased by her father Mike Ternovetsky in 2000.
Pat started her life's journey on January 16, 1950 in Rossburn, Manitoba. Since the population of the town was so small, Pat earned the distinction of being Rossburn's New Years baby that year! The family lived on a farm north of Rossburn for a short time, and when she was a young child, they moved into town. Pat attended school in Rossburn, and later worked there as a telephone operator.
As a young woman, she moved to Winnipeg and continued working with MTS. It was in Winnipeg that she met her future husband and love of her life, Tom. Pat and Tom married on June 16, 1973. Soon after their marriage, they started their family. Between the years of 1974 and 1977, they had three healthy boys.
When Pat decided to go back to work, she accepted a job at Canada Revenue Agency (CRA). Here she built a career that would span 30 years. Pat was highly respected in her field of work. She was chosen to travel to Ottawa many times to complete various tasks for CRA. She did eventually retire from her position at CRA, but it didn't take long for her to realize that she missed working in taxation. It was then that Pat took a position with an accounting firm in Transcona, where she worked until April, 2021.
Pat and Tom lived in St. Vital, East Kildonan and Transcona. They decided to move to the town of Dugald in the early 1980s, and then the family settled on a more rural property outside of Anola in 1989. Pat enjoyed the peace and quiet of the country. On their small farm, she and Tom once raised chickens and other animals. She loved tending to her enormous garden, growing vegetables that she shared freely.
For Pat's 65th birthday, she was gifted a trip to Cabo San Lucas, Mexico. That must have awakened a travel bug, because on the following year, she and Tom travelled to Playa del Carmen, Mexico. She enjoyed many road trips across Canada, but the most special was a trip to the East Coast with Tom and her grandson, Blair. Pat also loved weekend trips to Grand Forks to get "the deals"! Pat and Tom were planning a trip to Europe to visit the countries where their ancestors had lived.
Pat was the heart of our family. Anyone who knew her experienced the pleasure of her giving spirit. Pat loved to host parties and dinners at her home, inviting many family and friends...the more the merrier! She and Tom were well known for their annual Ukrainian Christmas celebration. Like her mother, Pat would not rest until everyone had food on their plates. Nothing made Pat happier than having a full house, with all her guests contentedly eating her perogies, potato salad and her famous meatballs! Her kindness and generosity will be greatly missed.
In lieu of flowers, donations can be made in Pat's name to the Heart and Stroke Foundation of Manitoba.
A celebration of Pat's life will be held at a later date, when friends and family are able to gather together to share memories of a person so dear to our hearts.