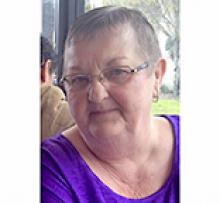 After a courageous battle with cancer, at the age of 73, Maureen Ann Maskow passed away on April 15, 2021, at the Teulon Hunter Memorial Hospital.
Left to mourn Maureen's passing are her sons, Kurt (May), and Trent (Roxanne); grandchildren, Dylan, Mary, Harley, Donavin; great-grandchildren, Lucy and Roman; and numerous cousins, nieces, nephews, neighbours, and friends.
Maureen was predeceased by her husband Wilfred, son Todd, daughter-in-law Rosemary; parents, Leo and Kathleen Magnusson; sister Gail and her husband Lorne Van Achte; and brother John and his wife Beryl.
Maureen worked for home care for 30 plus years and made many great friendships along the way.
Cremation will take place and a private interment will be held at a later date.
Memorial donations may be made to CancerCare Manitoba.
Maureen's family would like to thank all of the staff at the Teulon Hospital for their exceptional care during her stay there.