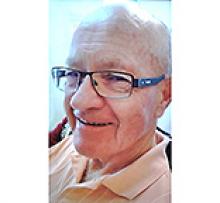 Ross Hamilton Davis passed away April 26, 2021, at Grace Hospital in Winnipeg from heart failure. Ross was born May 25, 1944 in Turner Valley, Alberta to parents, Percy and Dorothy Davis.
Left to cherish his memory are his wife Pat, of 46 happy years. He is also survived by his sister Carol Davis, nephew Derek (Jody), great-nieces, Mauve and Dru, niece Karen (Albert), great-nephews, Hamish and Riley, all residing in Alberta. Also left to mourn are his sister-in-law Millie and her children, Darren, Sean, Bobby Joe and Jenny Lynn; and brothers-in-law, Gary (Donna), their children, Paul and Leanne; Wayne (Madeline), their children, Michael and Samantha. He also leaves behind many cousins in B.C., Alberta, Saskatchewan and Ontario.
Ross worked for the TD Bank for 25 years starting in Edmonton at the age of 18, holding different positions in Alberta, Saskatchewan, Manitoba and Ontario. He then took a two year break to start a hardware business but returned to the bank in Penetang, ON as Branch Manager. He finally retired as Branch Manager from the Midland, ON branch in 2001.
He really enjoyed his 20 years of retirement, RV travelling across Canada and the USA; finally becoming a Florida snowbird in 2005 (cruising, sightseeing and golfing). In 2015 he gave up Florida, then spent the next few years travelling (ie: river boat cruise on the Rhine, trip to Costa Rica, then Spain and finally a month in Mexico).
Ross really enjoyed the business world and was a real sports enthusiast. He actively participated in baseball, curling (played in the 1968 Brier) and golf. He was also an avid TV spectator of ALL things sports, especially football (Edmonton Eskimos) and hockey (Jets).
Ross had to deal with many health issues over the past few years but took them in his stride. He was a GREAT husband, brother and a really good person. He will be missed by all those who knew him.
In accordance with his wishes cremation will take place without services and any memorials will be private.
In lieu of flowers, donations to the Alzheimer Society of Manitoba, 10-120 Donald St., Winnipeg, MB R3C 4G2 would be appreciated.