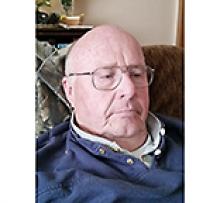 After a battle with cancer, Wilton "Geo" Eastcott left this world to drive in the big blue skies.
He is survived by his wife Beverly, daughter Christina; sons, Jonathan (Genevieve) and Karl; his sister Leslie Taylor/Houttuin, and brother Richard (Diane), and several nieces, nephews, cousins and other extended family members.
He was predeceased by his father Wilton John and his mother Phyllis (Hyde).
He had three honorary daughters, six grandkids and two great-grandkids.
Geo worked for Kleysen's, Geo Smith and Searcy Trucking putting in over six million miles. He travelled seven provinces, three territories and missed only Nova Scotia, P.E.I., Newfoundland, and four of the states in the U.S.
He was always willing to lend a hand to help a friend or a fellow trucker. He reached out to many of those friends in his last months. His jokes will be missed as will his knowledge of trucks and the best truck stops along the way.
Donations can be made to the Canadian Cancer Society, Diabetes Canada, Pet Rescue, Siloam Mission or a charity of your choice.
A special thank you goes out to the Doctors and staff at St. Boniface Hospital and the Grace Hospital. Geo appreciated all your kind and considerate care.
A Celebration of Life may be held when it is safe to do so.
Cremation has taken place.