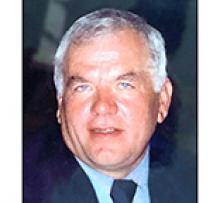 In the early morning hours of April 28, 2021, we sadly announce the passing of David at the Arborg and District Health Centre.
David leaves behind his wife Valerie of 46 years; son Jason Zuk (Theresa), grandsons, Garrett and Sawyer; daughter Kelly Tellier (Roland); grandsons, Gavin and Ryder; brothers, Denis (Lawrie) Zuk, and Robert Zuk; sister Pat (Bill) Maksymchuk; his mother-in-law Dorothy Stansell; brothers-in-law, Norman (Gladys) Stansell, and Lawrence (Birdeen) Stansell; as well as numerous cousins, nieces/nephews and dear friends.
David was predeceased by his parents, Fred and Pauline Zuk; and sister-in-law Mary Zuk.
David was born in Teulon, MB, raised on the family farm in the Poplarfield area. He attended school in Leeland, moved onto Poplarfield and then completed his high school education in Aborg. After his schooling and various other jobs, he was employed in Gimli, MB at Saunders AirCraft. This was a job he truly enjoyed and where he made many lifelong friends. However, his dream was always to farm. David was a dedicated farmer, he loved the land and remained on the family farm for his entire life.
On June 15, 1974, David married Valerie (Stansell) of Arborg. They settled on the farm and together raised their family. They raised cattle, produced a variety of crops as well as forage seed and leaf cutter bees. David had a very strong work ethic and could be found in his workshop until the late hours of the day. David wore many hats in his lifetime. He was a carpenter, mechanic and an inventor. He was passionate about maintaining his own equipment and built and designed many inventions over the years. Farm life and values became very much instilled in both of his children.
He loved to visit with friends and of course the farm, machinery, and weather were always a go to conversation. David never liked to venture too far away from the farm for very long and would always return and say "It's so good to be home". His favourite time of the day would be an evening drive out to the pastures to check the cows and to see how the crops were coming along.
In his younger days he was an avid snowmobiler in the winter, enjoyed boating and water skiing in the summer. David loved hunting and continued to hunt throughout his life. Curling became David's passion for years. Many a weekend was spent at the rink bonspieling or at the skating rink watching Jason play hockey or Kelly at ringette. And in later years watching his grandsons play hockey.
The family would like to thank the staff of St. Boniface Heart Failure Clinic particularly Dr. Sidhu and Rose. As well as Dr. Akinpelu and the nurses at the Arborg Hospital.
In lieu of flowers, if you so wish a donation in his name can be made to the Arborg and District Hospital Auxiliary.
According to David's wishes, cremation has taken place and a private family service will be held at a later date.


Peacefully, on Wednesday, April 28, 2021, at the Arborg and District Health Centre, David Mike Zuk passed away.
According to David's wishes, cremation has taken place, and a private family service will be held at a later date.
Longer obituary to follow.