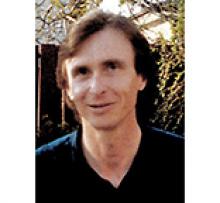 It is with great sadness that we announce the sudden, peaceful passing of Michael James Scott at the age of 70 in his home.
Michael will be remembered by his loving wife of 43 years, Paula Herriot, daughter Christina (Kane Bryant) Scott, sons, Lucas (Jennifer) Scott and Rory Scott; grandchildren, Connor, Emmett, Keira and Jacob, as well as his sister Patricia Scott.
Michael was predeceased by his parents, James Scott and Nona Purves Scott.
Michael was born in Edinburgh, Scotland and immigrated to Canada as a young man. Michael lived life to its fullest performing as a guitarist in several rock bands with his friends, riding motorcycles, restoring cars and spending time outdoors fishing and camping.
Michael worked for Canada Post as a letter carrier for many years until his retirement. Sadly, later in life Michael was diagnosed with an illness which affected his mobility. He bravely faced this challenge with the support and care of his wonderful wife.
Michael will be greatly missed and forever remembered by all who knew him.
In accordance with Michael's wishes, cremation has already taken place.
The family is planning a memorial service which will be held at a later date.
In lieu of flowers, the family has asked that a donation be made to the MS Society of Canada.