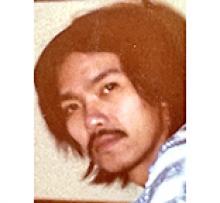 It is with deep sadness that we announce that Efren B. Paredes passed away peacefully in his home, with his family by his side, on April 26, 2021.
He survived by his wife, Delora, his children, Ramil, Charites, Helene, and sons-in-law, Lawrence and Rod.
His grandchildren, Mikayl, Talen, Enzo, Ryu and Sonny, miss their grandfather very much. He also leaves behind two sisters, Rosita and Adoracion in the Philippines. Efren joins his parents Bonificia and Teodolo, with his brothers and sisters, Erineo, Turubio, Gregoria, Crisanto, Antonion and Lorenzo as angels in heaven watching over us.
Efren was born in the Philippines and lived there for the first 23 years of his life. He married Dolora in 1972 and together with their three children they immigrated to Canada in 1975. Winnipeg soon became home and he worked hard at CN Rail for the next 30 years. Following his 55th birthday he soon retired in 2007, Efren built a home in the Philippines. For the next 14 years, he enjoyed spending half of the year in Winnipeg and the other half of the year in his beloved homeland. Efren loves his family dearly, enjoys his animals, fixing things and spending time with his grandchildren.
We thank God for blessing us with such a kind, funny and loving husband and father.
Efren will continue to shine in our hearts, a light that will never go dim.