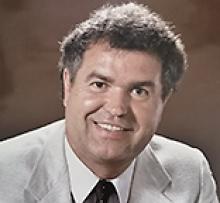 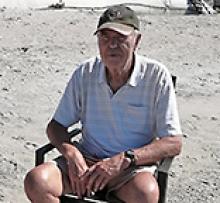 The world has lost one of the most passionate, well respected men. Garry Grubert "The Boss" to some, passed away peacefully on May 5, 2021, at the Victoria General Hospital, surrounded by his wife of 52 years, Lydia, and his two children, Marty Grubert and Laura Solimka.
Garry was born in Poland on October 11, 1942. His family settled in Germany for four years and were then sponsored to come to Canada in 1950 where he and his family settled in Winnipeg. Garry grew up in the inner city of Winnipeg. He attended the University of Winnipeg and received his Bachelor of Science and subsequently received his Education Degree from the University of Manitoba. Garry travelled Europe before starting his teaching career. Garry and Lydia met at Grand Beach in 1967 and were married September 27, 1968 so as not to interfere with hunting season, and on a Friday so nobody's weekend would be ruined.
Garry lived his life passionately. Garry loved with his whole heart, his family, his friends, his students, and his fellow educators. With Garry, it was all or nothing, when he committed to something, he was all in. He was strong, both physically and mentally. Garry once rescued his brother in-law, who had walked 20 miles in the wrong direction through thick bush. Garry found him after a cold overnight, surrounded by wolves. His wilderness and canoeing trips to Bloodvein and Berens River with friends and his son Marty were survival tests. Garry excelled at everything he did which included many sports, volleyball, baseball, football, soccer, shotput, golf, and his lifelong passion, basketball. Garry won numerous awards for his athleticism. Garry took pride in coaching and spoke very fondly of his time as Sisler High School where he led his basketball team to two provincial championships. That team was later inducted into the Manitoba Basketball Hall of Fame. Garry also coached his son Marty's soccer and hockey teams for over 10 years and if you were ever following Garry to a game, you were in for an adventure.
After retirement in 1999, Garry and Lydia built a home at Twin Lakes Beach on Lake Manitoba where they had a long-time family cabin. Garry loved the lake and spent many hours on it and in it. Garry also enjoyed many hours at Manipogo Golf Course and always enjoyed the many get-togethers with the "Twinos".
Unfortunately, the last few years of Garry's life, he lived his worst nightmare, losing control of his thoughts, memories, and motor skills due to Vascular Dementia. Along with immense grief comes a certain amount of relief for his family, knowing that he is whole again and reunited with many friends and family that went before him.
Garry is survived by his wife Lydia, his son Marty (Pam), his daughter Laura (Mark), and his grandchildren, Austin, Emily and Hannah.
Garry is also survived by his sister Erika Peemoeller (Horst), Meta Pohl (Art), Lilli Schneider and Ursula Grubert, as well as numerous extended family members.
In lieu of sending flowers, please plant a little something in your own yard or neighbourhood in memory of Garry.