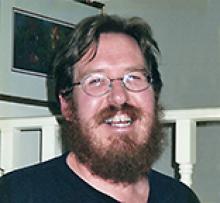 It is with much shock and grief that I announce Harry Charles Peters passed away suddenly but peacefully in his sleep on April 23, 2021. His last day was spent going for a long bike ride, napping with his dog Harpo, and enjoying laughs and wine and pizza with friends well into the evening, followed by watching the Jets game in his mancave.
He was predeceased by his parents, John and Doris Peters; and is survived by his loving wife Bonnie Cheadle; brothers, Robert (Mary White) of Fredericton, David (Rhonda Rubinstein) and nephew Dashel of San Francisco, and Alan (Donna) and nephews, Jesse (Michelle) and children, Harper and Sawyer, Aaron (Lyndsey), and children, Jai, Jager and Jones, and Brett (Michelle) and son Seth, and his stepsons, Walter and Jesse Spooner, all of Winnipeg.
Harry was born March 23, 1951 in Fredericton, NB, and the family moved to Winnipeg six months later. He was raised in Silver Heights where he graduated from Silver Heights Collegiate, followed by earning a degree in English from the University of Winnipeg and studying law at the University of Manitoba. He articled with Legal Aid Manitoba and remained there for his entire career. (He was the lawyer with the toaster collection in his office.)
He will be greatly missed by his family and friends, his congregation at the Unitarian Universalist Church of Winnipeg, his golfing friends in the Garden City Seniors golf club, his fellow craft beer aficionados at the Winnipeg Brew Bombers and his neighbours and fellow dog walkers in the community.
Friends and relatives are encouraged to share in a photo-tribute, stories, and condolences for the family by visiting Harry's memorial page at IntegrityFuneralPlanning.com.
If so desired, a donation in his name would be welcome at the Canadian Hemophilia Society - Manitoba Chapter, Jocelyn House or the Heart & Stroke Foundation.
It is very distressing for all of us that we cannot gather in our shared grief. When Covid restrictions allow, a memorial service will be held at his church. The date and time will be announced at that time.