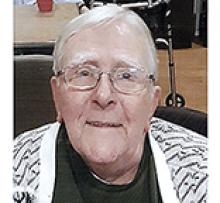 John immigrated to Canada with his wife Lisa in 1958, from Maastricht, Netherlands. They had two children together, Deanna Tayler (Ron Tayler), Paul Vernaus (Carmela Vernaus). John loved his family more than anything else especially his three grandchildren, Jason Tayler, Carly Chuby and Justine Vernaus. He also had three great-grandchildren that were the apple of his eye, Logan Chuby, Elle Chuby and Ryan Tayler.
John was an avid sports fan, he coached his son's soccer team for many years and brought them to a provincial championship. He never missed one of his son's hockey games or his daughter's swim meets.
After retiring John and Lisa spent a lot of time enjoying their cottage at Patricia Beach. It was touching to see how John and Lisa's love for each other remained as strong as the day they married.
He will be sadly missed but we have many happy memories.
A private Mass of the Resurrection will be held on Wednesday, May 12, 2021 at Holy Rosary Roman Catholic Church, 510 River Ave., Winnipeg, MB. Funeral Mass at 10:00 a.m., Rev. Father Sam Argenziano presiding. Due to COVID restriction the mass will be limited to immediate family members only. Live-streaming of the mass will be made available on the Holy Rosary https://youtu.be/TwGdIBxqBhE