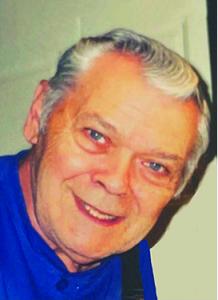 LINSKI: Stephen. 1933–2021. It is with great sadness that the family of Mr. Stephen 'Steve' Linski shares the news of his passing at Red Deer, Alberta on Monday, May 10, 2021 at the age of 88 years. Steve was born in Brandon, Manitoba, on February 26, 1933 to Peter and Doris (Boyechko) Linski. He grew up in the North End, attending David Livingstone and Earl Haig. He told many stories about good friends and swimming in the river in summer. He met the love of his life; Hope Harnish, at a cafe he was delivering beverages to while working for Bell Bottling. They married on July 17, 1954, at St. Mary's Anglican Church and celebrated sixty-one years together. They had a daughter Kim, followed by Richard; their youngest son, Mark arrived much later. After working at Scory's barber shop; Steve took a chance and travelled to Toronto to train at a prestigious Beauty School for Hairdressing. He later opened the Top Spot Beauty Salon in Brandon; which he and Hope operated in Downtown Brandon for over thirty years... it was the place to get your hair done! They had many loyal clients who became lifelong friends. Steve was also a trainer and examiner for provincial licensing and certified many practicing hairdressers over the years. Steve and Hope spent most of their married life going to Sandy Lake, where they had their honeymoon and later bought a cabin. They were well known for their lakefront cottage, where they had boats, motor bikes, quads, snowmobiles, big bonfires, and many friends. Fishing was a favorite pastime shared by both Steve and Hope; they caught many 'a fish on Sandy'. The family has cherished memories growing up there and of taking their own children to "the Lake" with Grandma and Grandpa Linski. Steve is remembered with a smile by many for his funny jokes, songs and stories; once you met him, you never forgot him! His three children and eight grandchildren fondly recall his big heart and sense of humor. In 2019, he moved to Red Deer to spend time with Mark and his family; where they enjoyed making many new memories. After illness over the past few months, Steve passed away peacefully with Mark, Heather, Hannah, Maddie, Rick and Marie (FaceTime), by his side. Steve will be be lovingly remembered and sadly missed by his family, his daughter, Kim (Milt) Leganchuk; his sons, Rick (Marie), Mark (Heather) and his grandchildren; Amber, Travis, Paige, Haley, Lauren, Hannah, and Maddie; as well as sister-in-law, Gwen and numerous nieces and nephews. Steve was predeceased by Hope in 2015, his brothers Mike and Bill, his sisters Annie and Patsy, as well as special grandson, Brett in 2000, nephew, Robbie Linski, and niece, Angela Linski. A Celebration of Steve's Life and Interment will follow later at the Ozerna Cemetery, near Sandy Lake. If desired, Memorial Donations in Steve's honor may be made directly to the Brandon Humane Society, 2200-17th Street East, Brandon, Manitoba, R7A 7M6.

Condolences may be
sent or viewed at parklandfuneralhome.com
Arrangements in care of Parkland Funeral Home and Crematorium, 6287–67A St. (Taylor Dr.), Red Deer
403-340-4040