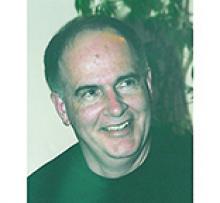 Bill Weber, age 74, departed this world from the Palliative Care Unit at Riverview Health Centre on May 8, 2021.
He is remembered fondly by his loving wife of 43 years, Karen to whom he was devoted. He will be sorely missed by those who survived him; his brother Bob Weber and sister-in-law Norma Weber, his nephews and niece and their spouses, Steven and Magda Weber, David Weber and Kar Mei Cheng, Larissa and Jeff Feir, and his brother-in-law Randy Mason. He will be missed by his colleagues, golf buddies, and especially by his coworker and friend Margaret Trager, with whom he worked for over 30 years at LM Architectural. Bill touched many others in his life and they will remember him as kind, considerate, and accepting person.
Bill was predeceased by his father John in 2007, and mother Elinore in 2021. He was also predeceased by his grandparents, Elmer and Mildred Moore of Winnipeg, and Irvin and Lena Weber of Kitchener.
Bill spent his entire life in Winnipeg where he graduated from the University of Manitoba in 1972. Throughout his life he followed his passion for golf (both playing and watching it), driving automobiles, reading, and was known to listen to heavy metal music. Bill was an avid fan of professional sports teams including; the Winnipeg Jets, the Winnipeg Blue Bombers, and the Toronto Raptors. He enjoyed discussing each team's progress at length, their strategies, and making predictions as to their success. His presence will be sorely missed at family occasions.
A private family memorial will be held at a later date.
Donations may be made to CancerCare or a charity of your choice.