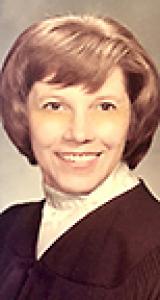 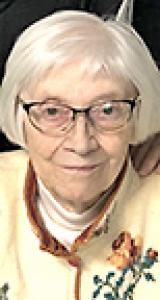 The family of Margaret Redekop wishes to announce her peaceful passing on May 7, 2021, one month shy of her 95th birthday.
Her memory will be cherished by her children, Paul (Sheilah), Fred (Carolyn), John (Kathryn) and Bill (Mary); grandchildren, Laura (Sergio), Brian (Ingrid), Lucas, Augusta and Ethan; great-grandchildren, Sarah, Max and Ian. She was predeceased by her husband and the great love of her life, Isaac Redekop; by her parents, Gerhard and Agnes Giesbrecht; brother Nicholas Giesbrecht and sister Agnes Martens.
Mom was born in a drafty shack near Elm Creek on June 9, 1926, two weeks after her family crossed the ocean, fleeing persecution in Russian-controlled Crimea. She said her father's hands shook so badly during the home birth that he was told to keep out of the way.
The family later moved to Alexander Avenue in Winnipeg's inner city where they attended the First Mennonite Church. Their home was across the street from the city livery and Mom said when a boy dropped her off, he would sniff horse manure in the air and never call again. It was a very poor area and a teacher in her classroom once asked those kids whose parents were on relief to stand up. Three-quarters of the kids did. This was during the Great Depression.
Mom didn't stand up. Her dad, Gerhard Giesbrecht, started City Press Printing in 1932 and soon found a location within walking distance of their Alexander home. The printing company still operates proudly today, almost 90 years later, at the same Isabel Street site, in the hands of fourth generation Giesbrechts.
Mom first saw a picture of Dad when she was 14 years old and liked the look of him right away. Not long after, she found herself sitting next to him in a very crowded car on the way to a church-run event for young people. They hit it off immediately, and the rest is history.
They married on August 17, 1946.
The next 30 years were devoted to raising their four sons. She was the proverbial finger-post mom, pointing each son in the direction of their talents: Paul, academics; Fred, music; John, craftsmanship; Bill, writing. She later became a working mom before that was common, employed as a secretary to support the family. When her "boys," as she always called us, were a little older, she returned to school at age 43 and obtained a teaching certificate at Red River College. She brought a world of life experience to her new career as teacher in the commercial and business program at River East Collegiate in North Kildonan.
Mom loved all her students and one story she told was about a small but fierce kid who was battling leukemia. One day, the student had had enough of other classmates picking on a boy who was deemed effeminate. The student stood up in front of the entire class and scolded the bullies, even though the student was smaller than all of them. This was in the early 1980s when few took a stand on such issues. The bullying stopped. The student with leukemia who spoke up was none other than Dean Gunnarson, who would go on to become the world's greatest escape artist. It was a joy to Mom when, years later, she attended a dinner, as special guest of the Manitoba International Brotherhood of Magicians, honouring Dean.
At River East, Mom revolutionized the teaching of high school business training when she set up her model office for students to run, a virtual office program she oversaw for a dozen years until she and Isaac retired in 1987.
Mom never won many contests but one was the Winnipeg Free Press Oscars Contest in 1985, the year Amadeus took best picture. She picked the right movies and won two tickets to Los Angeles and $500. She and Dad went to visit Mom's sister Agnes and her family who lived there.
In retirement, Margaret and Isaac spent some of the happiest years of their lives together including winters in Florida, and summers tending their garden at home on Kildonan Drive and enjoying their cottage on Lake Brereton with family.
When Isaac became ill in the early 2000s, Margaret devoted herself to his care and support. When Isaac passed away in 2006, she continued to live at Bethania Haus, where she was active in community events, including setting up a library for residents. An avid reader, Mom devoured three or four books a week until her final years, and it was a struggle for family to keep her supplied with new material.
Finally, in failing health, Margaret lived the last years before her passing at the Misericordia Place Personal Care Home.
One story Mom told was about the time she and Dad were retired and on a ferry to Vancouver Island. It was miserable outside but they went on the deck anyway. Only one other couple was there, at the far end, and they were having a horrific fight and were clearly breaking up. Dad suddenly announced he was going to talk to them. "Don't be crazy," said Mom. "What are you going to say to them?" He went anyway.
Mom watched as Dad tried to talk the young couple down. At one interval, she saw him point at her and they all started to laugh. When he finally returned, Mom, a bit peeved, demanded to know what he'd said about her that was so funny. "I said, 'You see that woman over there? We've been married 52 years and I love her more every day.'"
Margaret lived a rich, full life of love and devotion to her husband Isaac, her four sons, and her grandchildren and great-grandchildren. The family would like to thank the staff at Misericordia Place for their loving care and attention during her stay. The family would also like to thank Mom's friends, especially Sheenagh Campbell for being a special friend to the end, just as her husband, Don Campbell, was to our Dad.
No memorial service is scheduled at this time due to Covid-19.