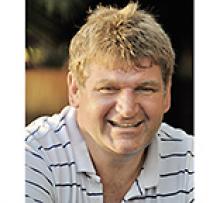 It is with great sadness that we announce the passing of Willie Butler. He went peacefully at home surrounded by his loving family.
He will be deeply missed by his wife Janice of 33 years, daughter Brittany, son Brendan (Karen), father-in-law Eugene Phaneuf; brothers and sisters, Cindy, Peter, Tom, Brenda, Della, and Lisa, and many nieces and nephews. He is predeceased by his mother Gertrude Ryan, Uncle Dave Ryan and mother-in-law Alida Phaneuf.
Born in Corner Brook, Newfoundland, he grew up surrounded by a large, loving family. As a young man, Willie joined the army reserves, eventually moving to Thompson, Manitoba, where he worked as an underground miner for Inco. There he began his greatest adventures, making lifelong friends and cherished memories.
In 1986 Willie met the love of his life, Janice. He was a devoted partner who dedicated his life to supporting and providing for his family. He was tremendously proud of his children - loving them beyond measure and ensuring they wanted for nothing.
Shortly after relocating to Winnipeg in 1988, he started his own company, Ryan's Yard Maintenance and Snow Removal. Willie took great pride in his work and was passionate about his business. In addition, Willie also worked a second career for over 20 years at Canada Post where he would go on to create many strong connections and lasting friendships.
He was full of life and laughter, and countless individuals will never forget his many acts of kindness. A true Newfie at heart, Willie's generosity left a lasting impression on all who met him. He always lent a helping hand to those he encountered, never wanting nor accepting anything in return. Words cannot express how much Willie will be missed. He will live on forever in our hearts.
A Funeral Mass was celebrated at St. Charles Catholic Parish.
If so desired, in lieu of flowers, donations can be made to the Ronald McDonald House Charity.