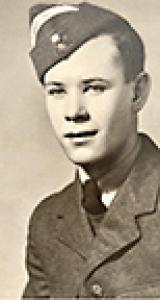 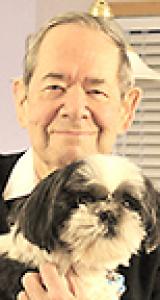 It is with great sadness that we announce the passing of Ross Colcomb at the age of 94 on May 10, 2021, at the Grace Hospital.
Predeceased by his loving wife Shirley in 2017, he is survived by son Ken; daughter Leslie (Marcel); grandchildren, Mackenzie (Evan), Lara (Tyler), Jordan, Chris, Meaghan, and great-grandson Asher.
Ross was born in Montreal on July 2, 1926 and grew up in Pointe-St-Charles. He enlisted in the Royal Canadian Air Force during the Second World War however, due to demand, he was transferred to the Merchant Navy. There he worked as a fireman on Merchant Navy vessels as they made many transatlantic convoy crossings; service which earned him the Atlantic Star Medal. He was an active member of the Merchant Navy Veterans Association and enjoyed the camaraderie of fellow veterans.
Ross always stayed active running in the Manitoba Marathon each year well into his 70s and playing baseball and hockey into his 80s. He and Shirley spent many enjoyable years in the Westview Dance Club where they made lasting friendships. He was a skilled woodworker and carver eventually opening a wooden toy company, Playcraft Toys. Ross had a deep appreciation of nature and wildlife which he passed on to his children through many family camping trips. In his garden, he always felt rewarded when Purple Martins or Wrens were nesting in one of his handmade birdhouses.
Not one to stay idle, he chose to spend 'retirement' working as a Commissionaire where he worked until the age of 89. He was awarded the Queen's Diamond Jubilee Medal for his compassionate work at CancerCare Manitoba. A kind, caring and considerate man in all respects, he will be sadly missed and forever cherished in our hearts.
The family is grateful to the staff at Sturgeon Creek Retirement Residence II for the outstanding care and compassion shown to Ross in his final years. Thanks to each of you, he truly enjoyed his home there. We would also like to thank the many incredibly caring WRHA Health Care Aides who went well out of their way to ensure Ross's comfort. Thank you all so very much.
As per his wishes, cremation has taken place and no service will be held.