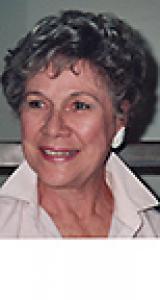 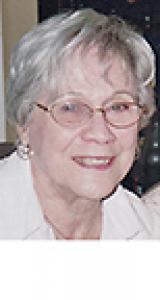 It is with profound sadness that we announce the peaceful passing of our mother, grandmother, great-grandmother and sister, Valerie Alice Taylor on May 10, 2021 at the age of 94 years.
Mom was born in Winnipeg, Manitoba on March 13, 1927 to Lewis and Leontine Egan and was the oldest of her four siblings, Terry, Allan, Maureen and Bryan. The Egan family relocated to Brandon when Mom was 10 years old. After attending Brandon College, Mom met her future husband David Taylor, and they were married on June 25, 1949 in Brandon. In July 1950, they welcomed the first of their five children, Barb followed by Pat, Mike, Dan and Ken over the next 11 years. In 1967, the family relocated to Winnipeg and Mom enjoyed living in our family home for the next 40 years.
Mom strongly believed in service to others. She volunteered at St. John XXIII Roman Catholic Church and was a member of the Catholic Women's League. For over 20 years, she worked at Grace Hospital in the Admitting Department until her retirement in 1992.
In July 1986, Val lost her husband David to cancer. Following his death, Mom always remained a very stoic and fiercely independent woman until her recent passing. In 2015, Mom moved into her assisted living residence and remained there until January 2021. Mom placed God and family above everything else. Her devout Catholic faith guided her throughout her life and she instilled those values in each of her children. We are grateful for her life, her many sacrifices, and the beautiful home that she made for her family.
She was predeceased by her brothers, Allan and Terry. She is survived by her five children, Barb (Lawrie), Pat (Mike), Mike (Cheryl), Dan (Karen) and Ken (Sandi). She is also survived by 14 grandchildren, six great-grandchildren, along with her sister Maureen, brother Bryan and numerous nieces and nephews.
The family wishes to thank the staff at Sturgeon Creek II, and the nurses, recreation staff, and health care aids at Oakview Place who lovingly attended to Mom's needs in her final days.
Funeral Mass and interment services will be held at a later date when the family can safely gather to celebrate her life.
In lieu of flowers, donations to the Siloam Mission, St. Paul's High School in Winnipeg, or a charity of your choosing will be gratefully appreciated.

Friends are invited to leave condolences
and share memories by visiting Valerie's
memorial page at seasonsfunerals.ca