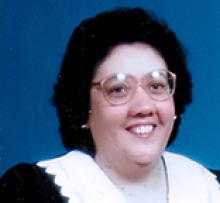 On the evening of May 11, 2021, after several months of health struggles, Heather succumbed to heart failure at Middlechurch Home. Family was able to be with her.
Heather returned home after her first hospitalization for a short interval. Her declining health required further hospitalization. She was unable to return home.
Heather's parents were John and Hilda Trojan. Her dad called her "Joe" after an army buddy he befriended when stationed at Chilliwack, BC during the war. Heather participated in church activities at Robertson Memorial United Church. She was involved with C.G.I.T. Heather graduated from Sisler High School. She worked at Athlete's Wear.
Heather met Fred Post at Robertson Church. They both were counsellors at Camp Robertson. They married December 23, 1966.
Heather and Fred had several pets over the years: dogs, cats, even a raccoon! "Maisie" was not a house pet, she lived in a crate Fred custom-built for her.
Heather was an amazing crafter. Her unique Christmas ornaments come to mind. And who could forget her amazing baking? Certainly not Tim, who would receive "Christmas gift" cookies baked just for him.
Heather could be opinionated. You certainly knew where she stood! She had a keen sense of humour. Often when we gathered, she'd get the hilarity rolling, we'd soon be as giddy as school kids!
Heather and Fred enjoyed summer camping at Nutimik Lake where they quickly became members of the community.
Fred's sudden death in June 2011 was devastating for Heather. Her isolation concerned us. However, she chose to remain living in Argyle.
Predeceased by Fred Post, parents, John and Hilda Trojan, Heather is survived by family: her sister Joyce and Vince Serratore, children, Craig, Pam and Bradley; their children; sister Candice, nephew Jarett and son Mason; sister Cathy Trojan and John Omer, nieces, Lailah and Yasmin; brother Tim and Karen Trojan, children, Mikayla, Katie and Michael; sister-in-law Joan, Gary, Ella and Tyler Post, and several other family members and friends.
We thank Jack Segal for his help. Gratitude and thanks for Tim and John for completing renovations to make it safe for Heather's return. Sadly, it was not to be. Thanks also to Karen and the kids.
Due to Covid restrictions a private family service will be held at Cropo Funeral Chapel May 20, 2021 at 1:00 p.m. Interment following at Brookside Cemetery. Livestreaming will be available through the Cropo website.
In lieu of flowers, please send donations to the Heart and Stroke Foundation or the Winnipeg Humane Society.