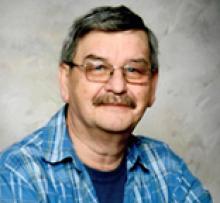 With great sadness in our hearts, the family announces the passing of Walter, in Selkirk, MB, on May 10, 2021, at the age of 71 years. He was predeceased in 2019 by his loving wife, Tedi, of 38 years whom he cared for at home the last eight years of her life.
He was the beloved son of Burma and Joe Wozny and was also a brother, father, grandfather, great-grandfather and uncle.
Walter was born in Bissett, MB in 1950 and lived there until the age of 16. He then moved to Winnipeg for a short time before residing in Selkirk, MB with his wife until her passing. The last two years he lived with his grandson Devin (Kristin) and great-grandchildren, Leam and Eden, whom he adored immensely.
He leaves to mourn his passing, his son Colin and daughter Stacey both of Winnipeg; also his stepchildren, Cheryl and Grant of Selkirk, MB, and all his grandchildren and great-grandchildren.
Walter also leaves his sisters, Margaret, Lillian, Shirley and Adele, and numerous nieces and nephews who were close to him.
He was predeceased by his parents, Burma and Joe Wozny; brother Bruce; sisters, Joesphine, Winona and Doreen, and his stepdaughter Danella in June 2020, which broke his heart losing her so unexpectedly. Walter and Danella were very close. He also lost his great-grandson, Hunter.
Walter was a born Chef whose passion was cooking. He and Tedi had numerous cafes in Selkirk. He was well known for his breakfasts, burgers and soups. He worked the last few years for Doug at The Riverboat Restaurant. He treasured each and every one of his friendships, including Lori from the Riverboat and Norma from Bissett.
Visits with Walter were never dull. He always had a welcoming pot of coffee brewing and was ready with a good argument, whether he believed or not.
He truly loved each and every one of us in his unique way as we did him! To know Walter was to love him, and no matter his rough exterior, he had a kind, loving and giving heart.
Walter will be missed terribly!
Cremation has taken place and a service will be held at a later date when Covid restrictions are lifted.
In lieu of flowers, donations may be made to Diabetes Canada, 401-1 Wesley Avenue, Winnipeg, MB R3C 4C6 or to the Heart and Stroke Foundation of Manitoba, 1379 Kenaston Blvd., Winnipeg, MB R3P 2T5.

Condolences may be left on Walter's memorial page at www.interlakecremation.ca