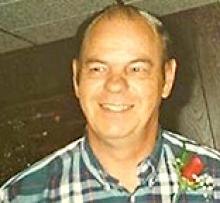 It is with deep sorrow that we announce the passing of our beloved husband, father, grandfather and great-grandfather after a brief illness. He was 77 years old.
He is survived by his wife Faith of 54 years, his three daughters, Shirley Putasnick, Theresa Putasnick and Margaret (Darren) Lukianchuk; granddaughter Paige (Denis) Gerachshenko; grandsons, Connor Putasnick and Ethan Lukianchuk; great-grandson Noah Gerachshenko; sisters, Lorraine Putasnick and Dolores (Ken) Bielak, as well as sister-in-law Donna (Bryan) Orobko and brother-in-law Jack Smith. Don is also survived by many nieces, nephews and cousins.
Don was predeceased by his parents, John Putasnick (1986) and Anne Putasnick (1998), as well as several aunts, uncles and cousins.
Born and raised in Winnipeg, Don attended Sisler High School and Tec-Voc High School. He was employed by the R.M. of West St. Paul from 1960 to 1967 as assistant secretary treasurer. During this time he completed a four year degree for municipal secretary Treasurer at the University of Manitoba which allowed him to move to a new position within the city of West Kildonan, which later became the City of Winnipeg. Don retired after 30 years as an administrative officer on October 1, 1997.
In his younger years he was interested in a lot of things. He loved five pin bowling at Mosienko's and Roxy Lanes. He was active in the Junior Chamber of Commerce where he hosted US Bands that came to Winnipeg for the Red River Exhibition. He was a Cub Scout Leader in West St. Paul and even tried his hand at curling in West St. Paul.
After retirement, Don got to do all the things he enjoyed like volunteering as a driver during the Pan Am games, working around his yard, gardening or repairing anything that needed fixing.
His greatest love was his family. His girls were his world and he would do anything and everything for them. He loved working on projects for his daughters. From cutting the grass to building and fixing all the things they needed and broke. He was a jack of all trades. If he didn't know how, he would learn and figure it out. There was no one stronger than him. First one up and last one to stop. He could out-work anyone.
From coaching softball to watching all the grand kids' sports events. Over the years he was their biggest fan. It didn't matter which field or rink he was at he was in the front row cheering on their teams. He also enjoyed babysitting all the grandkids and seeing his great-grandson Noah.
The family would like to thank the staff of 3u2 and 3u3 at Seven Oaks Hospital for their care of our loved one.
As per Don's wishes, cremation has taken place and there will be no service. A private family interment will take place at a later date.
In lieu of flowers, donations in honour of Donald Putasnick can be made to the Parkinson Foundation, the Alzheimer Society, or a charity of your choice.

God saw you getting tired,
And a cure was not to be;
So He put His arms around you,
And whispered "Come to Me".
With tearful eyes we watched you,
We watched you fade away;
Although we loved you dearly,
We could not make you stay.
A Golden Heart stopped beating,
Hard working hands now rest;
God broke our hearts to prove to us,
He only takes the best.