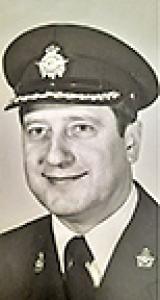 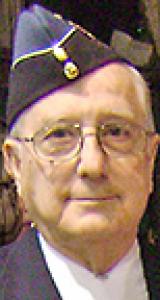 It is with great sadness that we announce the passing of our father Lt. Col. (ret'd.) Edward Harold deCaux, on May 2, 2021 at age 87.
Born and raised in Calgary, Alberta, he joined the Royal Canadian Air Force as an Air Navigator in 1951 and spent the next 10 years flying all over the world (Africa, Egypt, Europe and Asia) with 426 and 437 Transport Squadrons. In 1961 he became an Air Traffic Controller and spent time at the many Canadian Forces Bases; Trenton, ON, Goose Bay, Labrador, Cold Lake, AB, Bagotville, QC, Ottawa, ON, Borden, ON, Cornwall, ON, Winnipeg, MB and Edmonton, AB. He moved back to Winnipeg and retired from the Regular Force in 1990. He continued working with the Air Reserves, Air Cadets and Royal Canadian Airforce Association until his passing.
He was predeceased by his wife Jeneane, his sister Eleanor; and parents, Harold and Rosa deCaux. He is survived by his brother Greg; his sons, Scott (Laurie) and Tom; daughter Krista; and grandsons, Timothy, Logan and Ethan.
He will be buried in the family plot in Calgary at a later date.
We are especially thankful to his Palliative team and the staff at St. Boniface Hospital.
If you wish to recognize his life, please consider a charitable donation to CancerCare Manitoba.