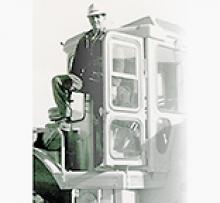 It is with the greatest of sorrow that we announce the somewhat sudden passing of our dad, our grandfather, and our great-grandfather. He passed away at Stonewall Hospital with his family by his side.
David is survived by his daughters, Brenda (Norman) and Charlene (Joey). He also leaves behind his grandchildren, Jordan (Sarah), Anders (Melissa), Geri-Lynn (Trevor); and stepgrandchildren, Derek (Laura), Kaitlyn (Ryan) and Keith.
The loves of his life - the great-grandchildren - Abby (Cayden), Emma, Madison, and Kenzie; and his stepgrandchildren, Lucas, Colby, Carson and Zayden.
He also leaves behind his goddaughter Susan, his only sister Betty, brother Warren and sister-in-law Patricia, as well as Vanessa.
He will be greatly missed by numerous nieces, nephews, relatives and many, many friends.
Dad died of a broken heart and was predeceased recently by his wife of 62 years, Marjorie, his only son Gerald in 2016, and the very recent passing of granddaughter Jassy. He was also predeceased by his parents, Stanley and Anne; brothers, Walter, Joe and Charlie.
Dad grew up and was raised on a farm in the Fisher Branch area. He attended McMaster Elementary school and left after completing only those grades in order to help on the family farm. The work was hard and times were tough, nothing came easy. This would shape his life and instill the work ethics he was known for. When not farming he worked with his brother Walter in the winter months hauling wood in Hudson, Ontario.
He was married in 1958 to our mom. They eventually settled in Stony Mountain in 1967 and raised their three children on Prince Street. They made the move to Stonewall 20 years ago and he remained in their home until his passing.
He began his road construction career with BACM, followed by over 50 years with Mulder Construction. This took him to every single highway in Manitoba and NW Ontario in the course of his employment. He drove every piece of equipment but eventually became the man behind the asphalt plant. Today there are hundreds of people who were taught some facets of the construction business by our dad including the grandsons, one of whom follows in his footsteps.
We always joked about his "nine lives". A serious highway accident with a backhoe, he was shot through the lung with a bolt that came loose from a chain, was electrocuted trying to assist a young worker, numerous farm accidents, and likely many other incidents we never knew about. Dad never gave anything a second thought. He healed up and would be back at work in short order. He worked until he was 78 years old. Had his eyesight not failed him, he would still be working.
In recent times he kept in touch with nephews, Arthur and Murray with great interest on their farming progress. He liked his TV game shows, and Curse of Oak Island which Norman had recently got him hooked on. He loved his phone calls with sister Betty as they reminisced about their younger years and never missed a call to Susan to report on the Jets game.
Dad's life was his work and his work was his life. We are forever grateful to those of you that stayed in touch with him until the end.
He was laid to rest beside his wife at the Rockwood Cemetery on Friday, May 28, 2021.
Our heartfelt thanks goes out again to Ken Loehmer for the caring and compassionate service he has provided to us. We would also like to thank Dr. Hicks who cared for Dad like no other doctor ever had. Thanks also to all the great staff at Stonewall Hospital we encountered during the past week.