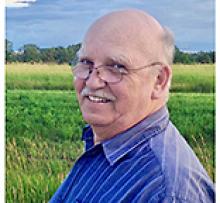 It is with broken hearts, that we announce the sudden passing of our father, grandfather and brother on May 20, 2021.
John is predeceased by his beloved wife of 18 years, Shirley Nowak, his parents, Bruno and Theresia Nowak, and step-daughter
Sandra Dearman. John is survived by his
children, Karin Nowak-Bailey (Troy), and
David Nowak (Teri), stepchildren, Richard Dearman, Debra Cielen (Darryl), Jeffery Dearman (Lynn). Also, grandchildren, Brett and Tyler Bailey, and step-grandchildren, Emma Pesochin, Chris Ethier, Dayna Cielen, Michelle Cielen, and Dylon Dearman. He will be sadly missed by his younger brothers,
Bruno Nowak (Gale) and Rudi Nowak
(Ursula). John also leaves to mourn many
nieces and nephews, and all their children. John will also be lovingly remembered by his mother-in-law Madeline McLeod, sister-in-laws, Donelda Jeffery and Karen Foy, as well as the mother of his children and lifelong friend, Janice Kane. He leaves numerous dear friends behind, and reunites with those who have passed before him.
John was born in Furth, Germany. His
family moved to Belgium and lived there
before immigrating to Canada by ship in 1956. The "Groote Beer" travelled across the
Atlantic and docked in Quebec, then they rode by train through the Laurentians to arrive in Winnipeg in early May. John grew up in West Kildonan, attending Governor Semple School and Edmund Partridge Jr. High. He took a job as soon as he could, and had a knack for trades and technology. He was hired into an entry-level job at Powell Equipment in 1965, and worked his way up retiring as a
supervisor at Toromont Cat in 2008. He took much pride in his job over those 43 years and possessed a strong work ethic in order to
provide for his family.
John loved collecting the latest toys and gadgets. As a young man, he ripped around town in his '67 Chevelle SS and jammed on his Fender Stratocaster guitar. He prided himself on being a good host and those who visited his rec room can remember a good time with loud music and laughter. He and Shirley spent much of their time together at the
cottage in Ontario and taking road trips with family over the years. He will be
remembered for his friendliness, generosity, and always offered a place to stay for anyone who needed it. He counted those from all walks of life amongst his close friends.
John was an extraordinary person who was taken too early as a result of an unrelenting virus. He has left us with many memories, will be sorely missed, and is forever loved. Godspeed.
Given the current pandemic restrictions, a virtually delivered private funeral service will be held at Glen Eden Funeral Home on June 3 at 2:00 p.m. The service can be viewed at https://afterword.com/stories/john-nowak.
In lieu of flowers, donations in his memory may be made to the Heart and Stroke
Foundation.