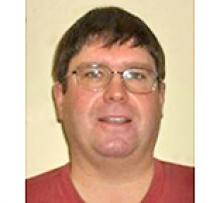 It is with great sadness that the family of Murray John Craig Geddes announces his passing, after a lengthy illness, on Friday, May 28, 2021, at the age of 61 years.
Murray will be sadly missed by his sister Allison Challes (Gordon); nephews, Michael (Daniella), Stephen (Casey) and Andrew; and several cousins. Murray was predeceased by his parents, Jack and Margaret Elizabeth (Betty) Geddes.
Murray graduated from Grant Park High School. He also took a program on refrigeration and air conditioning at Red River College and worked as an air conditioning and appliance repairman for several years, including a few years in his own business. He finally found his true calling when he was hired as the caretaker/janitor for the very active Riverview Community Centre, and he worked there for many years until a COVID-19 layoff and his illness kept him away. When Murray was transferred to the Riverview Health Centre, after a few months in the Health Sciences Centre and Seven Oaks Hospitals, he was happy to be back in his neighbourhood. He was able to see, from the window in his room, the large community garden that he had helped create several years earlier.
Murray loved to work and game on his many computers in his spare time. He developed a website that he used to promote environmental and climate change awareness. He also loved camping and bicycling.
The family would like to thank the many friends and family that sent their well wishes during his illness. This meant so much to him. We would also like to thank the many staff at Health Sciences Centre, Seven Oaks Hospital and Riverview Palliative Care that made his last months more comfortable.
A private family funeral service has already taken place.
In lieu of flowers, donations can be made to Canadian Liver Foundation, Juvenile Diabetes Research Foundation Canada (JDRF) or CancerCare Manitoba.