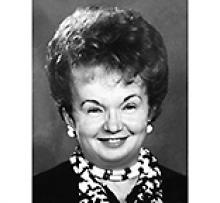 Tragically taken from us on May 28, 2021, our beloved mother and grandmother, Maryka Gawron.
Predeceased by her husband of 35 years, Walter Gawron, she is survived by her daughter Donna Gawron, son Zenon Gawron (Irene Pohorecka), grandsons, Lucas Robinson and Vladimir Gawron; and Yvan, Valentina, Alexei and Laressa.
Maryka was born in the village of Butsiki, Ukraine on January 22, 1932. Escaping the turmoil of the Second World War, Maryka, her brother Taras, and her parents, Anna and John Maksymowicz came to Canada in 1949 and eventually settled in Winnipeg.
In the 1960s, Maryka travelled to New York to train in fashion design. Soon after, she found great success producing costumes for the Royal Winnipeg Ballet, the Royal Manitoba Theatre Centre, the Stratford Festival, Rainbow Stage, Cercle Moliere and Ukrainian operatic productions. She combined this with a highly accomplished career as a designer for local sportswear manufacturers.
Later in life she started her own business as Maryka Fashions selling lines of bridal gowns and wedding apparel, especially her own creations, for over 30 years.
Maryka was a devout member of the Ukrainian Catholic church and served a term as president of the Manitoba branch of the Ukrainian Catholic Women's League. She was involved with a great deal of charitable work, notably the financial support of orphans in Ukraine. She would ask that you remember them in your prayers.
A private family funeral will be held this week, followed by a memorial celebration of her life later this year when public health restrictions ease.
The family wishes to thank the staff of Grace Hospital who provided her with care until her final moments.

May the love of God be with you.
Vichnaya Pamyat