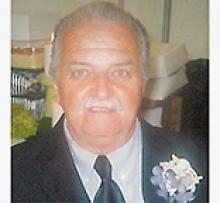 It is with great sadness we announce the unexpected and peaceful passing of Alex at 79 years.
He will be deeply missed and forever cherished by the love of his life, Carol of 58 years; daughters, Diane (Cal), Tammy (Nick), and Teresa (Geoff); his grandchildren, Corey, Lucas, Laith and London; brothers, Dave (Lynn) and John (Sonja); sister Donna (Tom); sister-in-law Vivian, and many nieces and nephews.
Alex raised his family in Birds Hill and worked at CP Rail for over 30 years until retiring in 1994.
When an avid golfer, Alex and Carol built their home in Sandy Hook on the golf course, spending many winters travelling to Texas or Palm Springs enjoying golf in the company of friends and family.
Alex was very caring, outgoing and made many lifelong friendships with coworkers, neighbors, or whether out golfing, snowmobiling, or curling. He was a great listener, loved conversation and would often debate anything from hockey, politics to religion. He would jokingly refer to himself as the Dr. of Mechanics, as he could fix anything and often called it a labour of love.
With many gatherings over the years, Alex was often the center of attention, either playing guitar and singing his songs or with video camera in hand, he then centered his attention to his greatest joy - his grandchildren.

Thank you Alex, Dad, Pops, Gigi, for the
laughs, the love, but most importantly the
wonderful memories you created for us all.

The family would like to send sincere gratitude to the staff at the Gimli Hospital Dialysis unit for their great care over the past three years.


Condolences may be left on his tribute wall at
www.gilbartfuneralhome.com