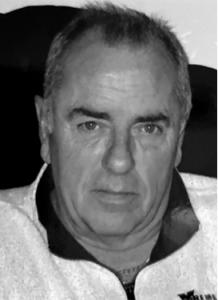 FREDERICKSON: Bryan Murray Frederickson passed away peacefully on Monday, June 7th, 2021. Bryan was born to Murray and Joyce Frederickson in Winnipeg on August 2nd, 1952. They resided in Baldur, Manitoba until 1956 when the family moved to Brandon. Bryan attended school in Brandon before starting his career at Manitoba Public Insurance where he worked for 34 years until his retirement. Bryan married Linda Jean Carrick on July 6th, 1974. Together they raised their family a daughter Kerri, and son Michael until Linda's passing. Bryan was an avid curler and competed in the super league until a back injury sidelined him. He enjoyed spending time with family at Pelican Lake and spent many hours towing Kerri, Michael and their friends behind the boat. He also coached Michael's minor ball team for many years. Bryan later met Yvonne Fontaine and resided in Pine Falls until his passing. Bryan was predeceased by his wife Linda Frederickson, parents Murray and Joyce Frederickson, and father-in-law Herb Carrick. Bryan is survived by daughter Kerri (Jeff) Bridges, grandson Ethan; Son Michael (Lauren) Frederickson, granddaughters Lily, Emma, and Addison. Partner Yvette Fontaine and family. Sister Sharon Frederickson and mother-in-law Jean Carrick. As per Bryan's wishes a private family graveside service will be held at a later date. If friends so desire a donation can be made to the Heart and Stroke Foundation.