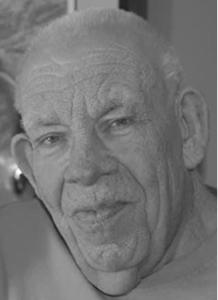 BIRKINSHAW: William "Bill" Robert Birkinshaw, February 21, 1948 – June 3, 2021. Bill Birkinshaw of Rapid City, MB passed away at his residence on June 3, 2021 at the age of 73 years. Bill was born on February 21, 1948 in Minnedosa, MB. Bill was predeceased by his parents, Norm and Maizie Birkinshaw, brother-in-law Bob Rae, and sister-in-law Roxy Rae. Bill will be remembered dearly by his beloved wife Laurie Birkinshaw (nee: Rae), son RJ (Ashley); grandchildren, Braelyn and Luna. Also surviving are his two sisters, Sally (Ab) Fearnely and Lori (Ron) Creaser-McPhail; nephew, Rob (Joan) Rae; nieces, Laura Costello and her boys, Leona Howard, and Lana Rae (Russ); and all of their families. Bill married his best friend and soul mate Laurie, at the St. Mary's Church, Brandon, MB in 1970 and was married for 50 years living together in Rapid City. Bill grew up in Rapid City and spent the summer months in Sandy Lake at the family cabin. He enjoyed chatting with his friends at the Queen's hotel in his hometown for tea in the morning and the Drop in Centre at the lake. After selling his cabin, Bill and Laurie missed the feeling of camping as well as the area. Making the decision to purchase an RV and seasonal spot at The Last Resort Campground in Sandy Lake was quite easy. Bill loved spending time with his wife, taking her sightseeing, going on picnics, and driving the back country roads of Wasagaming looking for bears. Bill's occupation was a truck driver, where he put many miles on the highway driving for MacArthur Truck and Trailer, Trans X, Western Concrete, Paul's Hauling, and Quintaine's. He made many close friends and memories throughout his career. The best part of Bill's life was his family and friends, especially his two little grandchildren who he admired the most. Bill would share memorable stories of his adventures to everyone who he crossed paths with. Bill had a heart of gold and will always be remembered for having the biggest smile and the best laugh. His smile brightened up the room and his laugh was contagious.

Bill will be missed,
never forgotten,
and always in our hearts.

In lieu of flowers, memorable donations may be made to the Children's Hospital Foundation.