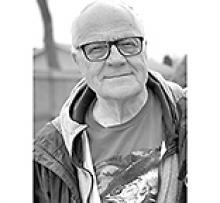 Suddenly on Sunday, June 6, 2021, Harry passed away at his home, at the age of 78.
Harry is survived by his wife of 50 years, Dee Dee; daughters, Corrie (Rod), Tannis (Stacie); grandsons, Aidan and Talan; and brother Heinz.
Harry was born in Thorn, Poland on September 18, 1942. He and his family immigrated to Canada during his teen years. He continued his education and went on to become an electrician. Harry then began a lengthy, successful career with Manitoba Hydro which spanned a total of 38 years, retiring at 65 as a Senior Electrical Field Supervisor.
Harry had many loves, from baking different types of bread, looking after his various flowers and plants, and weekend visits with family and coffee at Tim Horton's. He was also obsessed with the latest technology and gadgets, owning one of the first computers ever made and almost every new one thereafter. Harry also had a passion for video and computer games and would enjoy chatting and playing online with friends daily. He was very personable and took time to chat with almost anyone, often making new acquaintances. On occasion, these relationships would result in a free coffee, a reserved seat, or some other extra special treatment coming Harry's way, indicative of his own good nature.
Harry also enjoyed the outdoors and going on various camping and fishing trips with Trevor, who gave Harry the nickname, "The Legend". Catching fish and bird watching (especially Ravens) were also part of Harry's outdoor adventures.
The latest and greatest joys of Harry's were his two grandsons, Aidan and Talan. From watching Aidan's hockey games to long walks and talks with Talan, Harry enjoyed every minute spent with them and watching them as they grew up. Travelling with the boys had many highlights as well, creating numerous fond memories for Harry and the families.
In keeping with Harry's wishes, no formal service will be held. A private family celebration of his life will take place at a later date.

Family invite you to sign the online
Book of Condolences at ejcoutu.ca