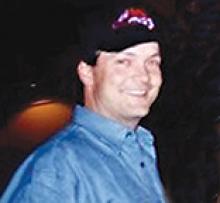 Jason J. M. Lusignan, born June 21, 1969, in Winnipeg, passed away peacefully on June 2, 2021, in Vancouver. Jason was a son of Alan Lusignan and Linda Lusignan (Bailey).
Jason is survived by his mother, Linda; his siblings, Shawn (Jennifer) of British Columbia, Gregory (Nathalie) of Alberta, Aimee of British Columbia and Allison (Todd) of Massachusetts; his aunts Helen, Linda, Barbara and Deborah (Elliot); his many first cousins, Lara, Helen, Jared, Laurie, Christopher, Lisa, Leah, Stephen, Richard, Jazmin and Cody, many nieces, nephews and great-niece. Jason was predeceased by his father Alan Lusignan and Gramma Lusignan.
It became clear to Jason's family that he was a master of his trade very early on in his life especially after being awarded the Governor General's Award for the youngest apprentice to become a Millwright! Jason's working life was spent as a Millwright in Alberta where he lived for many years. Jason spent his free time with his beloved pets, family, friends, gardening, and tinkering with various mechanical projects.
A special thank you to his friend Michelle in Vancouver and his Auntie Deborah in Montreal for being a support and wonderful friend to our Jason.
Due to Covid-19 restrictions there will be a service in Winnipeg at a later date.
Jason's kind-hearted way and quick-witted humour were a blessing to his family and friends.