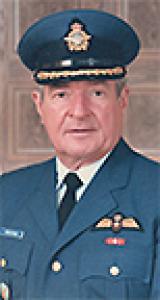 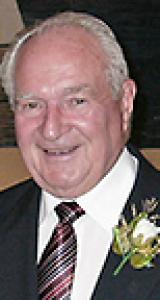 It is with great sadness that the family of Peter Armstrong announce his peaceful passing at the Riverview Health Centre in Winnipeg on June 5, 2021.
He leaves his deeply loved wife of almost 60 years, Jane. He was a loving father of Lee Anne (Keith) Murphy; Susan (Rick) Kukat and Michael Armstrong, and proud grandfather of Ryan Murphy, Brent Murphy, Peter Kukat and Stephanie Kukat.
Peter was proud of his service to Canada. He joined the Royal Canadian Air Force (RCAF) in 1958. Peter met his future wife, Jane, in Portage la Prairie, while she was administering an eye examination as part of his aircrew medical. He would say with a twinkle that he had his eye on her from that time. They both ended up being posted to Germany near Baden Baden. They married in Lac La Biche, Alberta on August 19, 1961. Peter's career brought the family back to Canada where they moved more than 20 times during stints with the Canadian Forces and the Public Service. He was a long-time member of Charleswood United Church and past master of St. James Masonic Lodge #121.
In retirement, Peter and Jane were able to visit many parts of the globe and winter in Texas. Among the highlights were trips to the Maritimes and especially Newfoundland and Northern Canada and Alaska. An avid golfer and dancer, Peter was also devoted fan of the Winnipeg Jets and the Winnipeg Blue Bombers.
The family will be forever grateful that our Mom was able to provide loving care to our Dad at home until just prior to his passing. Special thanks to the ALS Society of Manitoba Palliative Care team, the Movement Disorder Clinic and Riverview Health Centre for their wonderful support.
A private family service was held June 8, 2021. Cremation has taken place. The family will host a celebration of Peter's life at a later date.
Charitable donations to the ALS Society of Manitoba or the Siloam Mission of Winnipeg would be appreciated.