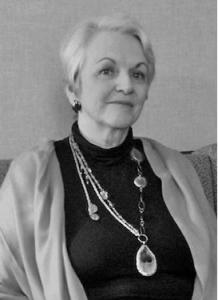 GEORGE-HAHLE: Margaret Ann George-Hahle (née Wilson), December 11, 1943 to June 8, 2021. On June 8, 2021, Margaret Ann George-Hahle passed away in Calgary, Alberta, after a brief, courageous battle with cancer. Margaret's family thank the medical professionals and staff at Rockyview General Hospital who provided care for her in the last weeks of her life. Margaret was treated with respect, kindness, and compassion by everyone at Rockyview General Hospital. Margaret was born in Brandon, Manitoba on December 11, 1943. She was the daughter of Henry Robert Wilson (Harry) and Isla May Wilson (née McLachlan) who were from Boissevain, Manitoba. She lived with her parents and her older sister Jane in Melita, Manitoba until she was 3 years old. The family then moved back to Boissevain and lived on the McLachlan farm with Isla's brother Jim McLachlan and later moved to a home in the town of Boissevain. Margaret grew-up surrounded by her extended Wilson and McLachlan families. At a young age Margaret started to sing and studied voice and piano. She was a gifted soprano and began performing at 12 years old. In 1962, Margaret married Ross George and they lived in Boissevain with their children Marc and Caron. She studied and taught voice and continued performing as a vocal soloist in many settings with symphony orchestras, on television and other live venues. Margaret performed a wide range of music, from popular music to oratorio and opera. Margaret moved to Calgary, Alberta in 1976 and continued to teach singing and perform as a soloist. In addition to teaching voice privately, Margaret worked at St. Andrew's United Church for several years, teaching and conducting choirs. For the past 30 years, Margaret taught singing through her own studio, the George-Hahle Academy of Music. Her work with her students emphasized performance, with several concerts and recitals being put on by the George-Hahle Academy each year. Margaret's students competed in the Calgary Festival and in competitions through the National Association of Teachers of Sing (NATS), in which she was an active member. She was also a branch teacher with Mount Royal College for several years and worked as an adjudicator in music festivals in other communities. Margaret worked with many talented students, accompanists and musical professionals in her career spanning over 60 years. Margaret had a positive influence on many hundreds of students and thousands of audience members throughout her life. Many of her students went on to have successful careers in music. Margaret was always immensely proud of the accomplishments of her students. Margaret was pre-deceased by her parents and her former husband, Ross George. She is survived by her son and daughter-in-law, Marc and Caryl George; her daughter, son-in-law and grandson Caron George, Ray Simard, and Gabriel Simard; her sister Sara "Jane" Nelson (née Wilson) and Jane's children Mary Uhrig (and Ron Ginter), Anne Simone (and Curtis Johnson), Jim Nelson (and Germaine Lee-Nelson) and many great and great-great nieces and nephews. Margaret is also survived by her former husband Mark Hahle, his mother Edna Mae Hahle, his brother Glenn (and Peppa) Hahle, and his sister Brenda (and Henry) Ferr and their children and grandchildren, with whom she maintained close relationships. In lieu of flowers, donations may be made to the University of Calgary Department of Music. A Celebration of Life will be held in Calgary in the summer of 2022, with a date to be announced closer to the event. A private family Graveside Service will be held in Boissevain, Manitoba, where Margaret will be laid to rest with her parents.

To view and share
photos, condolences and
recollections of Margaret, please visit
www.choicememorial.com