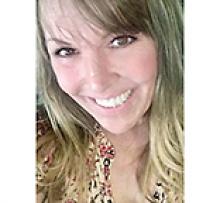 Debbie Deering (nee Johnson), aged 50, of Du Quoin, IL, born on September 27, 1970, in Winnipeg, Manitoba, died on Sunday, June 13, 2021, at Barnes-Jewish Hospital, St. Louis, MO.
Debbie was a homemaker and received her master's degree in Forensic Psychology in 2016 at the Chicago School of Professional Psychology. She adored nature, the outdoors, all animals, flowers, but most of all, being called Momma Deb. She had an energetic smile, and a wonderful belly laugh. Debbie will be missed very much.
She was preceded in death by her father, David L. Johnson.
Debbie is survived by her husband, Chris Deering; her stepchildren, James and Vincent Deering; her mother and stepfather, Bonnie (Denis) Rochon (nee Lyons); her brother, David D. Johnson; and her father-in-law and mother-in-law, Rick, and Connie Krone.
Memorials can be made to the Debra D. Deering Memorial Fund and can be mailed to 9111 Old State Rt 14, Du Quoin, IL 62832.
Per Debbie's wishes, she will be cremated. A Celebration of Life will be held at a later date at the family farm.