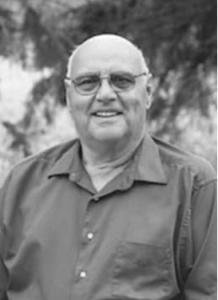 LISCHKA: David Lischka – July 2, 1948 – June 9, 2021. With his wife and daughters holding his hands, David Andrew Lischka passed away on June 9, 2021. David is survived by his wife Beverley; daughters, Stephanie (Robert) Cruickshanks, Carla (Brad) Milne and Marlena (Brent) Wilde as well as his favourite people, his grandchildren; Cade, Rhett and Dawson Cruickshanks, Presley and Lennox Milne, Greta and Sam Wilde. David is also survived by his siblings and their families; Irene (Wayne) Dillabough, Simone Potter, JoAnn (Jim) Johnson, Don (Wendy) Lischka as well as his brother-in-law, Don (Loretta) Dougall; sister-in-laws, Lorraine (Les) Houston and Karen (Rick) Miller. David was predeceased by his parents, John and Yvonne Lischka; his brother, Kenneth Lischka; mother-in-law, Muriel Dougall, father-in-law, Gilbert Dougall, brother-in-law, Rick Potter and nephew, Rick Potter. David was born on July 2, 1948 in Deloraine, Manitoba where he spent his youth and much of his adult life. David's early years were spent on the prairie land in nature with his siblings and the families of the Hazeldean district. His lifelong passion for farming started at a young age. He worked hard and was dedicated to the farm, first with his father and later on his own farm. On July 4, 1970 David married Beverley Dougall, and working side by side built a successful cow/calf and feeder cattle operation while also raising three daughters. David and Bev were progressive cattle producers and were awarded the Outstanding Commercial Beef Producers Award, nominated for the Outstanding Young Farmers Award and featured in the Cattlemen's magazine for their beef management, but the biggest source of pride was always when other cattle producers sought David out for advice. In 1992, David and Bev sold their cattle herd and he started a new career in the beef industry selling beef and dairy genetics throughout southern Manitoba. David thrived in this new career, a people person at heart, customers became friends and visits to farms were valued. His booth at the Royal Manitoba Winter Fair was never without someone sitting down and having a visit. Through this career, David worked with other salespeople who became lifelong friends and allowed him to meet people from across Canada and the US. The BSE crisis in 2003 meant that a transition from selling beef genetics to lumber sales and then a return to livestock feed, once again just another extension of his farming passion. In later years David and Bev enjoyed travel to New Orleans, Northwest Territories, Dominican Republic, the East and West Coast, but their favourite trip was to Ireland, Scotland, France and Belgium. The time in Belgium touring the area of his mother's family and seeing Flanders Fields stayed with him forever. In 2001, David and Bev moved to Brandon, a move that let them really enjoy life with fewer stresses and closer to his daughters. The biggest benefit of their move to Brandon however, was to be an every day part of their grandchildren's lives. David was born to be a Grandpa and had a special relationship with each one of his seven grandchildren. By choice, he was the cheerleader, mentor and soft cuddle to each one of them. David valued his family above anything else, there wasn't an achievement or event that was not acknowledged or celebrated. Being a Dad of daughters was a true joy to him, and when the sons-in-law came later he welcomed each one with open arms and happily shared dad words of advice. David was proud of his daughters and their achievements and let everyone he encountered know he was given the best of the best. Many will miss David's contagious dimpled smile and infectious laugh. His family will miss the phone calls, his text messages, his joy of having his family around but his memories will live on through each of them. Family, in the home he loved, surrounded David's final days; just the way he wanted it to be. A graveside service was held at the Brandon Cemetery on Friday, June 18, 2021. Donations in memory of David may be made to the Brandon Area Community Foundation (BACF) by calling the BACF office at (204) 571-0529, or by mailing a cheque to the Brandon Area Community Foundation, Box 22096, Brandon, MB, R7A 6Y9. Please indicate on the cheque memo line "Milne and Lischka Leader Legacy Fund". Funds will be directed towards the development of youth leadership through the Manitoba 4-H program.