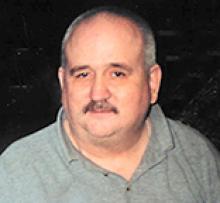 From turbulence to peace. These words might fittingly describe the 69 year life journey, and passing, of Douglas Charles Funk which occurred on Sunday, June 13, 2021, at Riverview Health Centre in the Personal Care Wing, where Doug had been a resident for the past three and a half years.
Doug was born on July 15, 1951 at the family farm home in Menisino, Manitoba, to his parents Jacob and Violet Funk. He is survived by his mother Violet Martens and sister Dorothy, both living in Alberta. He is also survived by two step-siblings in Alberta, and his special friend, Aunt Laura Funk in Winnipeg.
Doug lived and worked in a variety of locations and jobs both in Alberta and Manitoba. Due to debilitating health issues, Doug was forced to depend on Social Assistance for his livelihood for the last 30 or so years, and the help of three people in particular.
Danny Rempel was one of those "special friends". Not only was Danny a friend whom Doug cherished, but he was also a mentor who helped Doug a lot in his earlier spiritual journey which prompted Doug to put his faith and hope in Jesus. Doug requested that he be baptized on the confession of his faith and become a member of Westwood Community Church. His baptism, performed by Pastor Lorlie Barkman, took place at Grace Hospital, where Doug was a resident at that time, on December 15, 1996.
And for the past 27 years, Vic Schmidt and Hardy Enns, two other close friends of Doug, were, among many other things, his caregivers, his family, his encouragers, and his "kick in the butt friends" when he needed it. Doug, we will miss you a lot.
As mentioned, Doug spent the last three and a half years as a resident of Riverview Health Centre. We couldn't have asked for a better place for Doug to live. We (Vic and Hardy) helped and visited Doug in a half dozen different locations where Doug lived but none, not a single one, came close with the care and attention and love he received at Riverview. A huge thanks to all the Nurses and the Health Care Aides. We are so grateful for your heartfelt love and care. God bless you.
And to Doug we say, "Good bye and we'll see you again in the Great Beyond."
Ash interment will take place on Wednesday, June 23, 2021, at Glen Lawn Memorial Gardens.