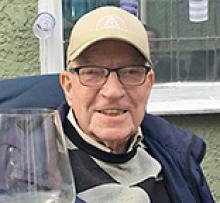 It is with great sadness that we announce the passing of Erich Wurmann on June 19, 2021. After a year long battle with pancreatic cancer, Erich died peacefully at home surrounded by family.
Erich was predeceased by the love of his life, Sharon (McNamara), and is survived by daughters, Karoline, Kirsten, Hannelore, and Heidi (Geoff Dittman), and his precious grandchildren, Isaac, Max, Atli and Ruby. He will be greatly missed by so many family and friends across Canada, Germany, and many other parts of the world.
Born February 11, 1940 in Bremen, Germany, Erich grew up in tumultuous times during and after the war. This formative time laid the foundation for his 81 years: a strong sense of justice, responsibility, pacifism, and independence, and an enormous sense of adventure and curiosity.
While studying at the University of Dublin, Erich hitchhiked Ireland. It was while staying in a youth hostel in Ballygally that he met a young Canadian woman. His adventures continued as he followed Sharon to Canada where they would eventually marry.
After some time in Winnipeg and Churchill, the couple settled in Whitehorse where they began to grow their young family. Northern Canada had an enormous impact on Erich, and the natural beauty, art, and people would remain a lifetime love. By 1972, Erich and Sharon had four children under the age of five, and it was then that Erich took his family to Germany where they had the privilege of living for five years while Erich taught with the Canadian Armed Forces. Erich passed on his love of travel and new experiences to his children, and shared his German background, language, and culture. There were many picnics in castle ruins, hikes along forest paths, contemplations in front of beautiful works of art, and laughter around the dinner table of their tiny trailer. And a lot of ice cream.
After returning to Canada, Erich and his family lived in Red Deer, St. Albert and Edmonton until retirement, when Erich and Sharon moved to Vernon, British Columbia. Erich's time spent as an educator had an enormous impact on his students throughout his 30 years of teaching high school. Many of his students remained close well beyond their own graduation and have often shared memories of their favourite teacher. His influence as an educator went beyond the walls of a classroom.
With Sharon's health failing, Erich decided to leave their beloved Okanagan Valley and return to Winnipeg, where his Canadian journey had begun 40 years earlier. In Winnipeg, his family and friends could provide love and support, coffee dates, dinner parties, and the opportunity to be present while his grandchildren grew up.
Erich was a lifelong student of life as well. He had an insatiable thirst for knowledge and information. While he loved to read and research, his quest for learning really came through travel. He travelled as a young man, exploring new places and learning new languages. He travelled as a father, exposing his children to cultures and experiences across Europe and North America. He travelled in retirement, as he and Sharon had time to more slowly explore Canada, the American Southwest, and Europe. And he travelled right until his cancer diagnosis, finally reaching Australia, which had been on his bucket list for years. In the last decade he also created a second home on Crete, where he built a wonderful life filled with hiking, painting, wine and music.
Erich was a role model until the end, teaching us how to live, how to love, and how to die. We love and miss him so much.
Erich created a "musical memoir" of his life, with 81 songs representing his 81 years on earth. It's an eclectic, diverse, and sometimes surprising collection of music that could only represent Erich, his history, his loves, his learnings, his travels. To experience just a part of this remarkable life, visit: www.tinyurl.com/erichwurmann
The family would like to thank all of the amazing people who were part of Erich's care team, particularly Drs. Al Jafari, Beshera and Pelletier, as well as Taylor, Karen, and the many caring and lovely health care professionals who supported Erich and his family.
In lieu of flowers, you may wish to make a donation to CancerCare Manitoba or the Canadian Cancer Society.