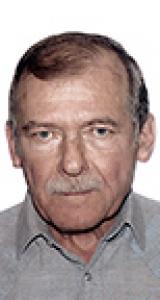 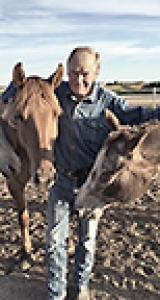 Peacefully, Neil Howe Cornock, passed away at the age of 68 years on Friday, June 25, 2021, at the Riverview Health Centre in Winnipeg, MB, with his wife Gail by his side.
Neil leaves to mourn his passing his loving wife of 47 years, Gail (nee Jefferies), sister Dianne Bodner (Len) of Winnipeg, brother James Cornock of Calgary, AB, sister-in-law, Patti Jefferies (Thomas Turner) of Winnipeg, brother-in-law Joey Jefferies (Deann) of Holland, MB, plus many nieces, nephews and extended relatives. He was predeceased by an infant son Ryan, his parents, Elton Cornock and Alice Jamieson, parents-in-law, Lorne and Mary Lou Jefferies, and brothers, Bruce, Brian and Grant.
Neil grew up in the farming community of Greenway, Manitoba. He attended school in Greenway, Baldur and Glenboro; and moved to Winnipeg to attend Red River College with the plan of becoming a Journeyman Plumber. Over the years he worked on several construction projects in and around Winnipeg prior to starting NHC Plumbing & Heating Ltd. and Howie's Mechanical Ltd. He semi "retired" in 2002 and started Murdock Stables Ltd. which was his dream. From early sketches at the kitchen table to the finished project, he worked to make his vision come to life. It became the place where people gathered not just to enjoy their horses, but to be with him.
Neil loved the outdoors. He always appeared most content strolling around his farm, a dog at his side and a coffee cup in his hand. Neil has touched many lives and he will be missed by family and friends.
The family would like to thank Drs. James Johnston and James Paul, along with CancerCare Manitoba staff for the care which Neil received. A very special thank you to Judy Elder, Glenn Shaw, Kelly Lodge and Rachel Morris for going above and beyond to assist in the day-to-day operation of Murdock Stables.
A private graveside service will be held on Friday, July 2, 2021 at Brookdale Cemetery in Holland with Sandra Rex officiating.
For those that so desire, in lieu of flowers, donations can be made in Neil's memory to CancerCare Manitoba Foundation (either on-line or by calling (204) 787-4177.
Friends may sign the memorial register book by calling 204-827-2480 or email us at jamiesonsfuneral@gmail.com and we will insert your name. Condolences may also be sent by visiting the website.
The webcast will be available to view at www.willmorchapel.com following the service.

Jamieson's Funeral Services
of Glenboro - Holland in care of arrangements. 204-827-2480