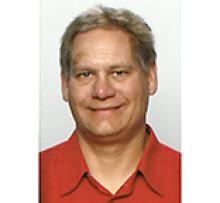 After a lengthy illness, Shane went to be with his Lord and Saviour Jesus Christ on June 25, 2021.
He leaves to cherish his memory his wife of 26 years, Hélène (nee Verrier), his son Shelby and his daughter Stacy.
Also his parents, Nelson and Eileen, brothers, Ray (Patti), Ron (Geri), his nephews, Lee (Sam,) Ryan (Alana), and niece Lauren, five great-nephews and nieces, and brothers and sisters-in-law, along with their families, as well as very many friends.
Shane grew up in the West End of Winnipeg and moved to Rosser at the age of 12. At the age of seven he started attending Living Bible Explorers and had many adventures learning about the word of God and getting into mischief at camp and at boys club.
That is where he accepted Christ and made many friends that are still in his life today. That is also where he would continue to be involved later in life by speaking at many camps, and help in running his own boys club.
Shane's pride and joy were his family and he loved to go on family car trips, camping, water and amusement parks.
He loved to go fishing with his son and his daughter had him wrapped around her little finger. When they were young he would invent games to play with them such as steam roller, giving rides for tickets and icky man at the beach.
His biggest passion was his love of car racing. He would race or go watch racing any and every chance he got whether it was near or far.
His friends always joked about the time he lost his gas tank in the middle of the speedway. He just couldn't quite figure out why his car had suddenly stopped running. He loved to joke around with everybody even when the joke was about him.
Shane worked many jobs over the years, had his own businesses and was never shy about trying new things or taking courses to better himself.
If he could tell you anything right now it would be to give your life to Jesus. To accept that we all fall short and we can never do enough or be good enough to enter heaven, except for Jesus' sacrifice on the cross. All we have to do is accept this wonderful gift.
Due to Covid restrictions, a private ceremony will be held.
Those who wish, may send flowers to the family or may donate to Living Bible Explorers or Union Gospel Mission.