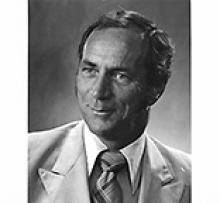 It is with deep sorrow that we announce the peaceful passing of Lorne on June 26, 2021, at home. Lorne was a loving husband, father, grandfather, great-grandfather and uncle.
Left to cherish his memory are his wife, Rilla; two daughters, Cheryl and Leslie (Wayne), stepchildren, Sherrice (Scott) and Michelle (Chris); grandchildren, Greg, Brandi, Ted, Chris, Nicholas, Nychole, Cassandra and Brandon; he will miss his great-granddaughter Aylah and great-grandsons, Mason, Silas, and his only brother Ken (Dean), as well as many nieces and nephews.
Lorne was predeceased by his parents, Chris and George.
Born and raised in Winnipeg, Lorne's parents moved to Charleswood when Lorne was a toddler where he attended Chapman School and Charleswood School, which later became Charleswood Junior High School. In later years his daughters would rush home from Chapman School anxious to tell Dad they found his initials carved in a desk there!
Lorne's working life covered a wide range and, in his own words, "been there - done that". He joined the Navy as a teenager serving only a few years. He worked as a route salesman for Coca-Cola, a long-distance truck driver, truck and trailer salesman and spent a short time in retail hardware which led to his final job, self-employment in home improvements and renovations. As Rilla often said, he finally put all those tools to work! They indeed came in handy at the cottage at Twin Lakes Beach, which Lorne and Rilla enjoyed for many years. He became an avid bird watcher when Rilla's mom, Ruby, introduced him to birding at the cottage and he carried that enthusiasm with him throughout his 18 years of travel with Rilla after retirement. They especially enjoyed their years in Puerto Penasco, Mexico. Lorne's passion for birding was only surpassed by his love of racing stock cars at Red River Speedway and eventually many locations throughout nearby states. As an avid fan he was fortunate to attend the Daytona 500 in Florida at least 20 times, and he and Rilla enjoyed visiting numerous NASCAR tracks in their winter travels. They eventually settled for quieter winters in Yuma, Arizona.
Lorne was a member of Phoenix Masonic Lodge #187, Khartum Shrine, and a 47 year member of the Charleswood Legion Branch #100. He particularly enjoyed his ten years as a volunteer driver for the CancerCare Manitoba Driver's Program and his time with the Khartum Shriner's Skooter Club.
Cremation has taken place. A celebration of Lorne's life will take place at a later date.
If friends so desire, in lieu of flowers, donations can be made to a charity of your choice.