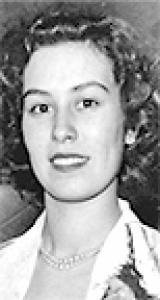 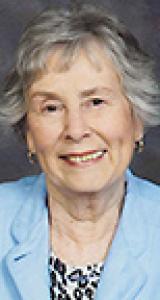 In loving memory and great sadness, the family of Nancy announce her passing on June 28, 2021, at the age of 84 years.
Mom / Nancy will be lovingly remembered and survived by her daughter Anne (Gregory) Blanchard, sons, Ian (Anita) Kinnaird, Alan Kinnaird; grandchildren, Courtney (Scott) Fossay, Derek (fiancé Lauren) Blanchard and Emily Kinnaird; great-grandson Alexander Fossay; brother James (Ann) Price of Milton Keynes, United Kingdom; and many nieces and nephews. Nancy was predeceased by her husband James, and her brother Victor Price.
Nancy was born in Cambuslang, Scotland, April 8, 1937. She shared many fond childhood memories of growing up close to her grandparents, aunts, uncles and cousins, all within walking distance of her home. Highland dancing was prominent in her childhood and stories of competitions and entertaining soldiers during the Second World War were also conveyed.
Nancy married her husband James on March 15, 1958. In 1967, with their three children, they left family and friends to make a new life in Winnipeg, Canada. With her children settled in their new lives and school, she applied to Dominion Stores and began as a part-time cashier. Her conscientious work ethic and exceptional customer service skills eventually led her to becoming a head cashier at Canada Safeway, a position that she held with great pride until retirement in 1997. Nancy left the job but not the lifelong friends, Carol, Verna and Barb who continued to faithfully call annually and get together for her birthday.
Mom had a huge heart that wasn't limited to her own three children. She opened her house to all of her children's friends. She loved each of them like they were her own children, and her kindness led to all of them affectionately calling her "Mum". Her love and dedication to her grandchildren was immeasurable. From babysitting on her days off, driving to swim practice, and entertaining them on the beach at West Hawk Lake, there was nothing she wouldn't do for them. Family was of the utmost importance to her. She took great pride in hosting visiting family from the United Kingdom, and each New Year's Day prepared a Scottish Steak Pie meal for a large group of extended family. Recently, she was delighted to be called "great" in 2019, following the birth of her first great-grandson, Alex.
One of Mom's favourite sayings was "you've got to keep moving". However, she was most famous for re-arranging the furniture. It was never in the same place for more than a few weeks, this continued until early this year! She also participated for several years in the Wednesday night ladies league at Assiniboine Memorial Curling Club. Some of her other loves were knitting, dogs, the Beatles and Paul McCartney. She was thrilled to see him play live more than once. Even better was her "wee" brother Jim playing the Beatles tunes for her.
Mom took some very special vacations with her granddaughter Emily and family to Walt Disney World and to California. She was very proud to accompany her other grandchildren, Courtney and Derek, to introduce them to her birthplace and family in Scotland. With Anne and Courtney, she made many special memories during their three generational trips to New York City and Las Vegas. This last trip you will need to travel without us Mom, but you are taking a piece of all of our hearts with you.
The family would like to thank Dr. Jason Perche and Leslie at Assiniboine Clinic, and the nurses and staff at Seven Oaks General Hospital for the care and kindness they've shown her.
Cremation has taken place with a private family service to be held at a later date.
In lieu of flowers, please consider donating to the Alzheimer Society of Manitoba.