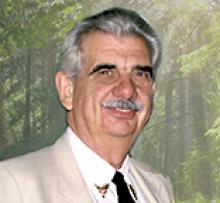 Walter passed away peacefully on June 23, 2021 at the Kildonan Personal Care Home.
He is survived by his loving wife Helen, of 61 years; daughter Sandra (Randy) Douglas; son Garry (Susan) Fast and grandchildren, Lukas (Kelly), Thomas (Adrienne) Nathan (Andris), Carson, Everett, Madison and Caitlyn; great-grandchildren, Nolan, Rory and Ryder. He will be also missed by his sister Leonora (Abe); brother and sister-in-law, Henry and Katy Thiessen; sister-in-law Elsie Thiessen; along with many nieces and nephews. Walter was predeceased by his brother John and brother-in-law Peter.
Walter was born in Winnipeg to John and Katie Fast. The birth of a salesman! The last 35 years he was a Manufacturers rep owning Eastwind Agencies, selling houseware and hardware products. He enjoyed many conventions right across North America. Walter met many friends along the way! The highway to Thunder Bay was a well-worn path driven regularly with his brother-in-law Peter.
Walter met his wife Helen at the North Kildonan Mennonite Church. He was baptized on June 5, 1955. They were married on May 28, 1960. Sandra was born in 1963 and Garry in 1967.
A graveside service was held on Saturday, June 26, 2021 at Elmwood Cemetery.
We would like to express our gratitude to the Irene Baron Centre and Kildonan Personal Care Home where he lived over the past five years. Much thanks to Friends Funeral Service for all the arrangements. We are happy Walter is pain free, livin' the good life. He can hang out with his little brother John, brother-in-law Pete, cousins, Ken and Ron.
In lieu of flowers, donations may be made to MCC in memory of Walter.

This obituary may also be viewed at
www.friendsfs.ca