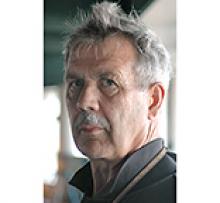 It is with great sadness that we announce the passing of Donald David Chadney. Don passed away at the Winnipeg Health Sciences Centre, surrounded by his children, on June 4, 2021, at the age of 79.
Don is survived by his six children, Dawna (Winnipeg, MB), Catherine (Brian) (Tyndall, MB), Maura (Winnipeg, MB), Rhonda (Campbell River, BC), Kim (Calgary, AB) and Faren (Joanne) (Ste. Anne, MB); 13 grandchildren, Ashley, Cassandra, Ethan and Thomas, Ridge and Brittany, Clayton (Laura), Jonas and Derek, James and Jennica, Tylo and Brayden; five great-grandchildren, Emma and Adalyn, Alexis, Payton and Emilie; and many other family and friends.
Don was predeceased by his parents, Sarah and Walter; his wife, Elaine; and grandson, Tyler.
Don was born in Rose Valley and raised near Kelvington, Saskatchewan, where he worked on the family farm and at various other odd jobs. At the age of 18, he moved to Manitoba, where he met his first wife, Victoria, eventually settling in Lynn Lake. They had three daughters but divorced after a few years. He met and married the love of his life, Elaine, in Lynn Lake. They supported their blended family of six children by working at the Sherritt Gordon mine, where Don was a shift boss and president of the union. Don and Elaine moved to Winnipeg in 1980, where Don became an instructor at Glenlawn Collegiate, teaching diesel mechanics as part of one of Manitoba's first co-op education programs. After that, Don moved on to work for South Winnipeg Technical College (now MITT), teaching Heavy Duty Mechanics until he retired in 2007.
Throughout his life, Don was heavily involved in shooting sports. He was instrumental in establishing the gun range in Lynn Lake, where he and others would demonstrate trick shooting. Don was a member of many shooting sports clubs, including the St. Hubertus Game and Fish Association and the Selkirk Game and Fish Association. Don taught many students as an instructor for the Manitoba Hunter Education Program and as a coach for Manitoba Junior Rifle and Shotgun programs and the Manitoba Provincial Rifle Association. He would share his knowledge and passion for shooting with anyone interested.
Don was ever the teacher. No matter the subject, Don could provide some insight. He loved sharing his knowledge about the outdoors, including plant and animal life. Many of the ATV rides he led turned into impromptu lessons on native Manitoba plants, especially orchids - his favourite being the Lady Slipper.
Don was a generous man who gave freely of his time to anyone in need. He would often stop to help people on the side of the road or give hitchhikers a ride, even if it was hours out of his way. Don was there for his family any time, night or day. He would lend tools, money, vehicles, etc., to his family, friends and even strangers, without expecting anything in return. Don had a big personality and a jolly spirit, and he loved children.
He will be missed by the many people whose life he touched.
Following his wishes, cremation has taken place. A Celebration of Life will take place once public health restrictions are lifted.
The family appreciates donations to CancerCare Manitoba.
Friends and relatives are encouraged to share in a photo-tribute, stories and condolences for the family by visiting Don's tribute page at EthicalDeathCare.com.