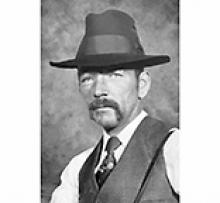 Garry passed away peacefully on June 26, 2021 at Seven Oaks Hospital at the age of 71 years.
He was predeceased by his parents, Robert (1973) and Mary (nee Martens 1986), sister Mary (1989), brother Harry (1992) and sister Hellen Loewen (Tony 2016).
Garry is survived by his wife Ann; children, Shelly (Winnipeg) and Sharon (Winnipeg); grandchildren, Meagen, Justine, Shawn, Christina and Kash; great-grandchildren, Jaymes Zastre, Sally-Anne Thomas, Bella Thompson and Shanel Thompson.
He also leaves his brothers, Ron (Mary) of Winnipeg, and James of Winnipeg, and sister Eliz Dann (Donald) of Winnipeg, and numerous nieces, nephews and extended family.
Garry was born and raised in Winnipeg where he met Ann in 1976 and married in 1978.
He had various other jobs but worked for the City of Winnipeg for 15 years in garbage and yard and lawn department.
He loved taking his dog Shawna for early morning walks. He loved taking care of his plants and lawn. He absolutely loved cheering on his favourite hockey team, the Boston Bruins, while knocking back a few cold ones. People also knew him for his imitation of the wrestler "Hacksaw Jim Duggan.".
He was the runt of his family and he had the best sense of humour. He was also a very grumpy man at times. Yet that never made any one in his family question his love for them.
He spent the last years of his life in retirement living happily and comfortably with his wife.
A viewing will be held on Friday, July 9, 2021 at Cropo Funeral Chapel, 1442 Main Street 5:00 p.m. to 6:00 p.m, funeral service to follow at 7:00 p.m. A burial will be held at a later date at Brookside Cemetery.
If friends so desire, donations may be made to Shelly, ednieshelly@gmail.com.

He will be forever missed,
but never forgotten.
We love you Papa!