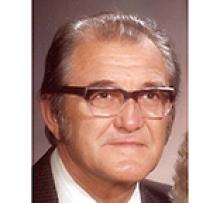 It is with sadness that the family of Frank Dyck announce his peaceful passing on June 29, 2021 in Abbotsford, BC at 98 years of age. He is with his Lord and Saviour, Jesus Christ, whom he strived to serve throughout his life.
Our father was born in Kolinovo, Memrik Colony, (Ukraine) Russia. He immigrated to Canada with his family at a very young age. The family began farming in Lena, Manitoba. Dad was the eldest of five children. Their early years in Canada were impacted by both the Great Depression and the Second World War. Dad would often recount events from those years but downplayed the difficulties of short food supplies, extreme weather and the many challenges faced by that era. The tales he told were filled with love and humour, so typical of him.
In 1941 Dad attended Normal School to train to become a teacher. It was during those years he met our mother, Anne Regehr, who was teaching at the Lena, Manitoba school. In August 1948 they married. In 1953 Dad and Mom, along with their young son Paul, moved to Paraguay to work for the Mennonite Central Committee. During the years in Paraguay five more children arrived: Elfriede, John, Raymond, Harold (born in Canada) and Christine. While teaching and ministering in Paraguay the family would go on furlough so Dad could further his studies in Theology. When the family returned from Paraguay in 1967, they settled in Winnipeg. Dad became the Pastor at Springfield Heights Mennonite Church and later Jubilee Mennonite Church. For several years he also served in an Inter-City Ministry and broadcast weekly sermons in German and Low German on the southern Manitoba Radio Station CFAM. He retired in 1987 at age 65 and he and mom bought themselves a Westfalia van and toured around Canada making their way to the Yukon on several occasions to visit their youngest son Harold and family. In later life Mom and Dad moved to Abbotsford, BC. They very much enjoyed their years there close to Anne's sisters and their daughter Christine and son-in-law Cecil Unrau.
Dad was predeceased by his wife, our mom, in 2011; sisters, Elizabeth and Annie; in-law siblings, Jake Dick, Peter Buhler, Helen Regehr, Henry Dueck; and in-law stepsiblings, John and Olga Klassen.
Left to mourn his passing are his children, Paul (Jeannette), Elfriede (Helmut Kroeker), John (Nancy), Raymond (Shirley), Harold (Barb), and Christine (Cecil Unrau); 11 grandchildren, 11 great-grandchildren; his brothers, John (Ellie), Henry (Anna), in-law siblings, Mary, Eugene, Irene (Herm Unger), Lorraine (Charles Harms) and their families.
Right until his final days' Dad remained sharp of mind and quick witted. He was a voracious reader and had a genuine curiosity for all facets of life. He could remember details and events and could tell stories that entertained and were often funny or wry. He died as he lived, peacefully and on his own terms. He was a wonderful husband, father, brother, and a friend and minister to many. He will be missed.
The family would like to include a special thanks to Christine and Cecil for helping support Dad through the pandemic well enough for him to stay safely in his own home; we are grateful.
Celebration of Life services will be held in Abbotsford and Winnipeg at later dates.
Online condolences can be sent to wiebeandjeskefh.com.
Donations can be made in memory of Frank and Anne Dyck to the Mennonite Central Committee or a like charity.