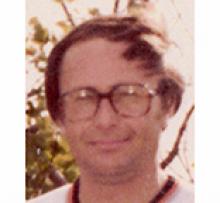 Peacefully in his sleep, in his bed at home, Richard Balonyk passed away overnight on Sunday, July 5, 2021, at the age of 73.
He will be lovingly remembered by his sons, Robert and Randy; Randy's wife Marlene and kids; his brother Jim Balonyk and family in BC; and all the old friends and acquaintances he made along his road of life. He was predeceased by his father Nicholas and his mother Mary.
Richard grew up in East Kildonan on Green Avenue, then Sydney, and moved to South Transcona with his young family in the early 1970s. He was active with the community club, even taking a term as president, and coaching ball teams. He supported both of his sons in all the sports that they played, and made sure they had everything they needed, not just in sports, but in life.
He played many years in the Springfield fastball league as well as Transcona Old Timers hockey. He acted as Team Manager for both, putting in the extra time needed to ensure the leagues kept running. The annual Hockey Christmas party was always hosted by him, where they had the famous Transcona Old Timers hockey booze raffle draws with the biggest prizes of any raffle in the City at the time.
Summer vacations were always a road trip to a new part of the USA, but unlike the Griswold's, the family all got back in one piece with a functioning automobile. He also enjoyed the back deck in the summers with a cold beer as well.
His work life started off in the grocery business at various A & P stores including Portage Avenue, McPhillips and St. Mary's. He moved around as A & P stores were closing in Winnipeg at this time. He saw the writing on the wall and moved into the food sales rep business thanks to the various suppliers he met while working for the A&P's. This door led to various companies and a lot of travelling from Saskatchewan through Manitoba to Northwest Ontario on business trips, and even a NFL experience with Rich's foods in Buffalo as part of a company conference. He made many friends at all of the country hotels and restaurants he served. His experience in this field served him well in his love of BBQ and cooking.
As the Southside era ended he moved to Easy Street (Yes that is an actual street). He lived there for just over 20 years until his passing. During these years he still played and managed the Old Timers hockey team. He also always enjoyed a game of golf with his sons, but you had to be up early, usually teeing off just after sunrise. These games were always followed by a delicious lunch usually involving a BBQ and some tasty beef steaks as well as a cold beverage. There was nothing like being the first ones on the course on a summer morning in July at 5:30 a.m. Sadly health problems began to pile up on Richard and he went to sleep for the last time.
Richard's remains will be cremated, and at his request no formal funeral will be held. Please everyone raise a glass to his memory from time to time.