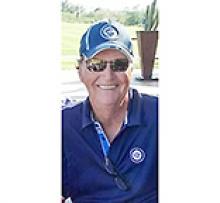 It is with great sadness we announce John "Jack" Clinton Watters, 66, passed away on Sunday, July 4, 2021, in Winnipeg. Jack was born March 14, 1955 in Niagara Falls, Ontario. He was predeceased by his parents, Lee and Dorothy Watters.
Jack is survived by his wife Karen, daughters, Trina (Paul), Tannis, Kelsy (Paulo) and son Clint (Jess), grandchildren, Colton, Blake, Logan, Mateo, Tiago and Khloe, brothers, Terry, David (Lena), Rob (Nicole) and sister Darlene (Don), along with numerous nieces, nephews and cousins.
Jack came to Winnipeg at 15 to work on a farm, this was followed by many different jobs. He was a "Jack" of all trades until he found his passion owning his own company and being his own boss. Jack and Karen started Reliable Heating & Air Conditioning making sure it became a legacy to be passed down.
He loved playing sports. Baseball, curling, shuffleboard and of course golfing. Jack enjoyed travelling with his friends and family. He was definitely the "planner" He planned many family reunions to see his aunt Jean, his cousins and siblings in Michigan. He also planned many friends and family trips to various locations. He always enjoyed finding different golf courses around the world. If Jack wasn't working he could be found at Rossmere Country Club or sitting by the pool in Phoenix enjoying the Cardinals and the Blue Jays with a cigar, cold beer or a nice glass of red wine.
His laugh and quick wit will be greatly missed by all of those who knew and loved him. He loved all of his friends and family.
A Celebration of Life will be held at a later date.
Donations, in lieu of flowers, can be made to CancerCare Manitoba.
A special thank you to 3E at Riverview for the care that Jack received.